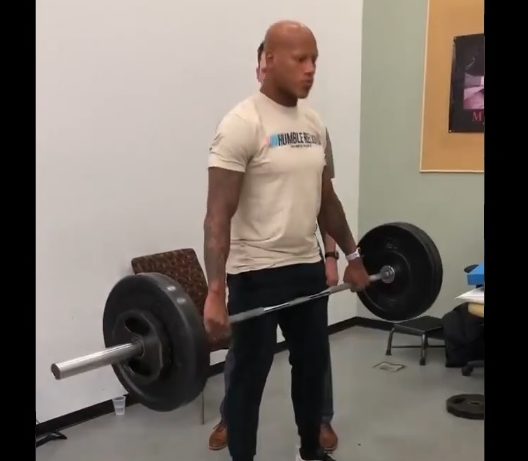 I’m not sure if it’s the first time he’s done it but for the first time in the public eye, Ryan Shazier posted a video of him lifting weights as part of his recovery. Our Daniel Valente shared the video.

Ryan Shazier's recovery has been incredible. A week ago he jogged for the first time and now here he is dead-lifting. Via @RyanShazier 's Instagram. "Through the pain and the success, you must always remain HUMBLE!" #Steelers pic.twitter.com/8a6Oc9bJHX

Tuesday marked the one year anniversary of the tackle that left him paralyzed. Progress since then has been nothing short of remarkable. By early April, he was standing to thunderous applause at Pittsburgh Penguins’ games. By the draft later that month, he walked across the stage. In August, he did laps at training camp without the assistance of a cane. Last Friday, he jogged for the first time and now, he’s progressed to weight training.

Just imagine where he’ll be in another year.

Since the season began, Shazier has largely been out of the public spotlight. And for good reason. His rehab and family are infinitely more important (they’re expecting another child in a few months). However, he’s been at every game, often breaking down the pre-game huddle, and served as a scout and mentor to the organization.

As far as we know, based on what Shazier said earlier this year, his goal is to return to football. Those odds might be long, and that time might not be near, but if this progress is any indication, he’s on the right track.