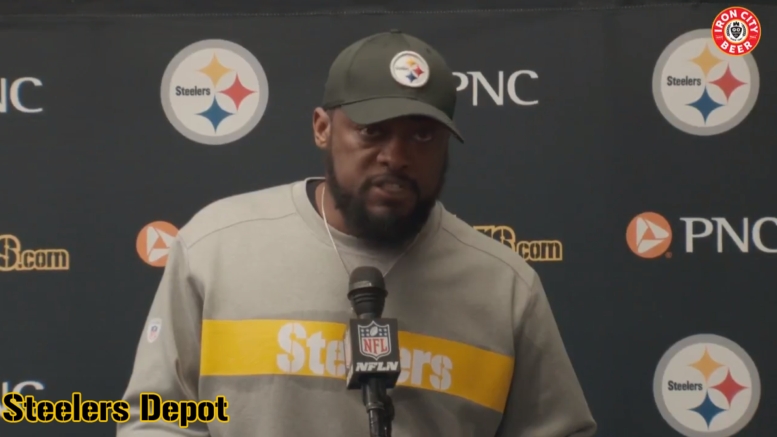 It’s been a while since the Pittsburgh Steelers last entered a regular season finale needing help to get into the postseason. They have made it every year since 2014, but are now dangerously in jeopardy of failing to reach the postseason despite already managing a winning record.

With today’s loss to the New Orleans Saints, 31-28, the Steelers fell to 8-6-1 on the season, but four of those losses have come in just the past five weeks to the Denver Broncos, the Los Angeles Chargers, the Oakland Raiders, and now the Saints, this one coming off a big victory against the New England Patriots.

At the moment, the Steelers are positioned as the eighth seed in the AFC playoff picture, and as you should know, only the top six seeds make it. There are only two possible scenarios in the finale that could get them into the postseason.

The highly unlikely one would be for the Indianapolis Colts and the Tennessee Titans to play to a draw in their finale. Both teams are 9-6, so whoever wins between them would be guaranteed to finish with a better record than Pittsburgh, putting them in position to secure the sixth seed.

The more realistic outcome would be for the Cleveland Browns, who are now 7-7-1 and winners of five of their last six, to beat the Baltimore Ravens on the road. The Ravens, now 9-6, are also 5-1 in their past six games.

This is the result that the Steelers need to happen, in addition to winning their own game, in order to reach the postseason. There’s nothing they can do to change those circumstances. And at the end of the day, there’s nobody they can blame but themselves.

“We made the bed. We’ll lay in it. And I’ll expect us to lay in it very well and perform”, Head Coach Mike Tomlin said of his team ceding control of their playoff fate following today’s loss. “We’ll control what it is that we can control, and that is our preparation and play next week”.

While they get to play a very wounded Cincinnati Bengals team, which has fallen off a cliff since starting 4-1 and has been decimated by injuries, we shouldn’t automatically assume a victory, sad to say. But that’s the only thing they can manage for themselves. They can’t help the Browns win.

“All other things out of our control we won’t worry much about”, Tomlin added. “Like everyone else, we’ve had 15 opportunities to this point to state a case for ourselves. We won’t lament about our positioning. We’ll just simply control the things that are in front of us, which is next week’s preparation and play”.

In all, Tomlin was pretty measured and level-headed in the aftermath of the frustrating and emotional defeat, which holds their playoff future in the balance. That won’t help the Ravens lose, though.