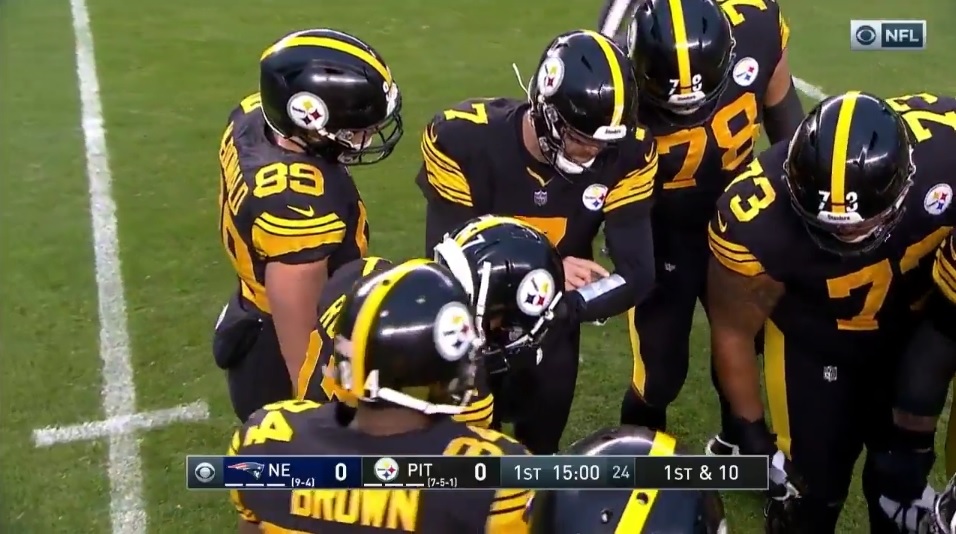 Almost every time the Pittsburgh Steelers have their choice for the opening kickoff, they defer or kick. Like so many other elements of the team’s gameplan in their win over the New England Patriots, they decided to flip the script. Pittsburgh chose to take the opening kick and on Tuesday, Mike Tomlin succinctly explained the reason why.

“We didn’t want to give it to Brady.”

It proved to be the right decision. The Steelers marched downfield on an 11 play, 75 yard drive, capped off by a 3rd and goal touchdown catch by Vance McDonald. It was the first time since 2011 – the last time Pittsburgh won before this weekend – that they scored first.

Immediately after the win, Ben Roethlisberger said the decision was made between he and Tomlin.

“Just a decision that was made between Coach [Mike] Tomlin and I before the game.”

Though he’ll face another future Hall of Famer this weekend in Drew Brees, Tomlin was coy about what he’d do if given the option again.

In the Saints most recent loss, a 13-10 loss to Dallas three weeks ago, the Cowboys jumped out to a 10-0 first quarter lead. Dallas has the ball first, driving downfield before settling for a short field goal.

Points will be at a premium against the Saints’ potent offense but their defense is coming into this matchup highly underrated. In fact, the offense has struggled the last three weeks – though all those games were on the road – while the defense has played as well as anyone since Week Ten. Over that span, they’re allowing a league low 12.3 points per game. Only one opposing offense has surpassed 14 points since that time.

And as Tomlin pointed out in his press conference, they’re first in rush yards allowed and second in yards per carry, proving their success isn’t just volume based because they’re a team that forces opponents to catch up.