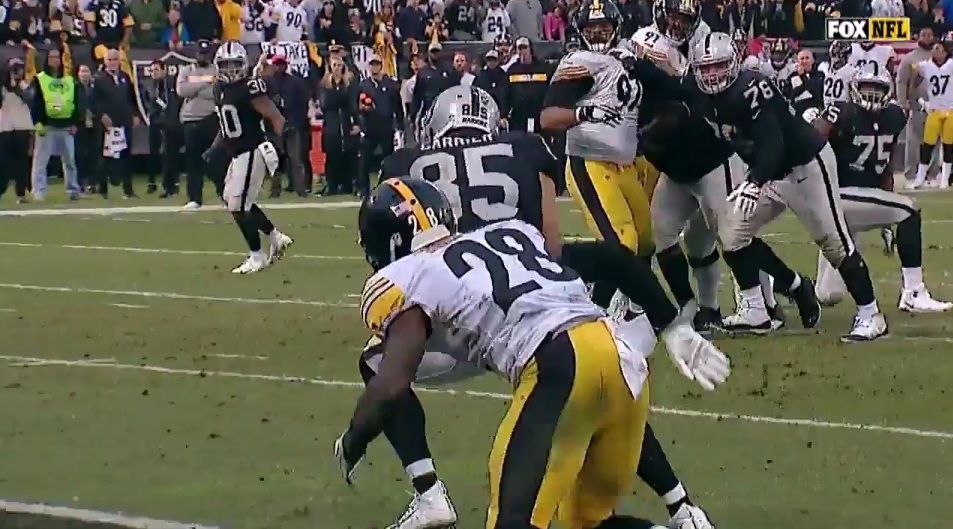 The Pittsburgh Steelers are on a three-game losing streak. But they’ve been so close to winning all three of those games. Combined, Pittsburgh has lost to Denver, Los Angeles, and Oakland by 13 points. A seven point loss to the Broncos and a pair of three point defeats the previous two. Almost isn’t enough to win in the NFL though.

In recent years, the Steelers have made a living off winning close games. Sure, they’d raise your blood pressure, break your TV, but your heart would restart when the clock hit zero. The offense would close out the game, the defense get a crucial sack, Chris Boswell would nail a game-winning field goal.

This year? Not so much. Things got off to a promising start. Holding on for the win against Tampa Bay, the craziness of the comeback against Cincinnati and wins against Baltimore and Jacksonville. But the last three games have gone against recent history.

In one-possession games this year, the Steelers are now 4-4-1. Meh.

“Yeah, I mean we had plenty of chances to get off the field. We didn’t capitalize and they won,” Mike Hilton said after the game, admitting the obvious about the final drive, a chance for the defense to close things out.

That’s sorta been Mike Tomlin’s calling card. Keeping the team together to do just enough to eek out the victory at the end. For all their talent, the Steelers rarely win easy. Those one-possession games feel like a dice roll for most teams.

Previously, Pittsburgh has had the advantage. Those odds seemed to have caught up to them. They’re not finishing games anymore. Ben Roethlisberger is throwing picks, the defense is melting down, Boswell is doing his best Charlie Brown impression.

If they’re going to beat New England and New Orleans, and I know those odds don’t look great right now but it’s still possible, it’s going to come down to a tight game. It’s not going to be a 21 point cakewalk, though with how unpredictable the Steelers are, who the heck knows.

Odds are, it’ll come down to the final minutes. Pittsburgh will have to play much differently at the end than they have during the losing streak.