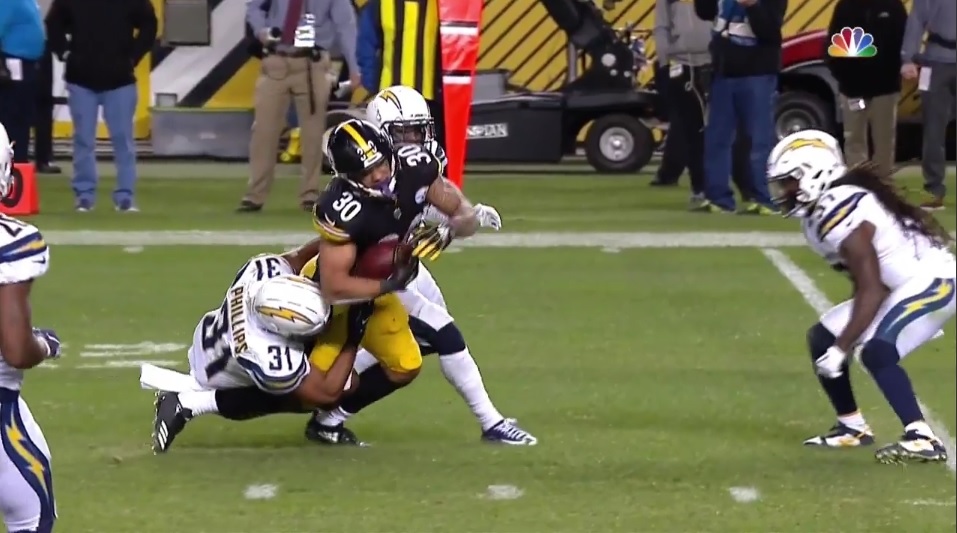 If you’re a Pittsburgh Steelers fan and you’re not in a coma (or listening to Stephen A. Smith about which players are available), you already know the situation. But for the three of you who don’t, here’s the deal: Steelers starting running back James Conner left the Week 13 game against the Chargers with an ankle injury, missed last Sunday’s game in Oakland, and is now questionable for the must-win match against the Patriots, a game that could easily determine the playoff fate for Pittsburgh.

Without Conner last week, the Steelers struggled for any rushing yards against a team that had previously given up over 150 yards on the ground per game on average. Having the second year RB, who surprised many with his sensational performance this season replacing Le’Veon Bell, available this week would clearly go a long way toward improving the Steelers chances to break their 3 game losing streak and renew hope for a legitimate run in the playoffs.

Two days after the injury, Mike Tomlin ruled Conner out for the next game. To many, this seemed a dire indication for a long absence. I never thought so. Instead, I think Tomin was making an obvious call and removing a week’s worth of speculation from fans and media that would serve as a distraction the team didn’t need.

Which leads us to today, days after Tomlin pronounced Conner as questionable for the coming game with the usual “we’ll let his availability be our guide”.  He also added that Conner had a really successful week, which I assume refers to his ankle rehab.  So far, Conner hasn’t practiced yet and the clock is ticking. Offensive coordinator Randy Fichtner confirmed that Conner could still get a helmet with only one day of practice:

More seriously, Fichtner said he does not believe Conner needs to practice to play Sunday vs the #Patriots: "He's played a LOT."

While the video was pretty classic for a high ankle sprain, Tomlin never gave any specifics on the type of sprain to the media. This wasn’t clear until 2 days ago, when Conner confirmed on WDVE this week that he did in fact have a high ankle sprain. The knee-jerk reaction to that diagnosis is the assumption of a six week recovery but perception and data don’t always agree so let’s take a closer look.

The ankle joint is formed by multiple ligaments and tendons that connect the bones and muscle (a quick reminder: ligaments connect bone to bone and tendons connect muscle to bone; a sprain is a ligament injury and a strain is a tendon injury). 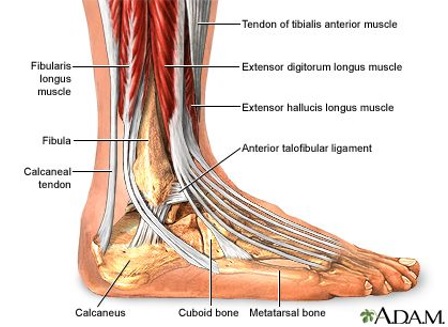 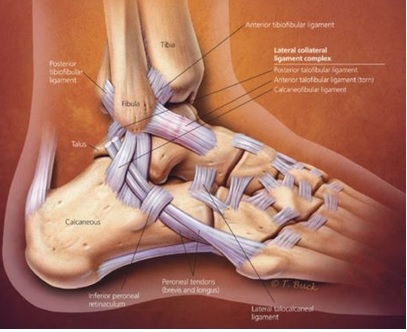 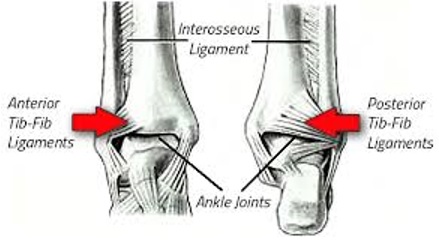 The mechanism of injury tells you a lot about what type of sprain occurs. 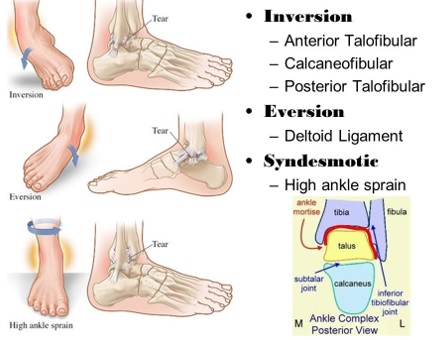 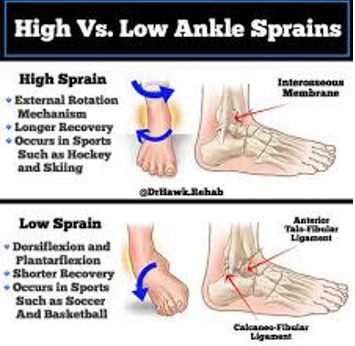 An external rotation of the foot is more likely to cause a tear of the ligaments which connect the tibia and fibula, whereas inversion stretches the lateral ankle ligaments. Check out Conner’s injury, and it’s pretty clear that he had a high ankle sprain: 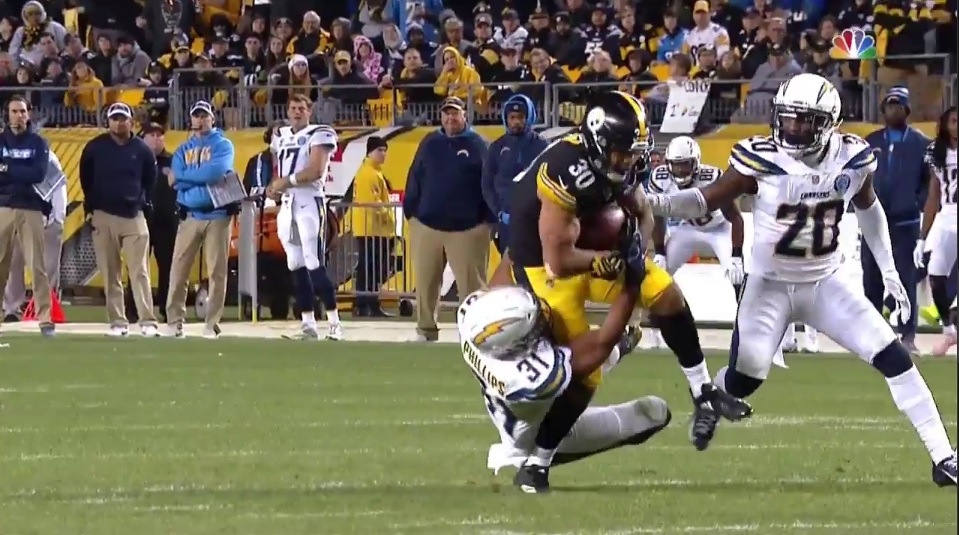 But not all ankle sprains are equal, of course. Grade 1 sprains are minimal ligament tears or stretches, Grade 2 are partial tears, and Grade 3 are full tears. What makes a Grade 3 high ankle sprain so serious sometimes is that the fibula and tibia bones can actually be spaced further apart from each other, making the ankle joint unstable. Surgery may be required in that case. It is the presence or absence of this diastasis, or widening of the space between the tibia and fibula, that really defines the severity of the high ankle sprain.

A study from the University of Michigan followed 20 NCAA Division 1 football players with a Grade 1 high ankle sprain.  The mean time to return to play was 15.5 days and none of the players missed more than 30 days.  In a study presented at the American Academy of Orthopaedic Surgeons meeting in 2012 and later published, a single NFL team database was studied over a 15 year period.  36 syndesmotic/high ankle sprains and 53 lateral ankle sprains were identified over this time.  All players were managed non-operatively. The mean time lost from participation was 15.4 days in the syndesmosis and 6.5 days in the lateral ankle sprain groups.

It’s reasonable to assume that Conner’s injury wasn’t that severe, despite how alarming folks found it to watch him struggle down the stairs to the locker room as he left the game. By the time the media was allowed in the locker room after the game ended, Conner was noted to be walking without a limp.  Granted, he was reported to be limping the next day, but that is when swelling is at a maximum. He never required crutches or even a walking boot, which argues in favor of a lesser sprain. And Conner certainly seems to be showing signs of recovery. Thanks to Tevin Jones, wide receiver on the Steelers practice squad, we got a look at how Conner’s rehab is going:

Note that in the video Conner is full weight bearing, hopping on his injured ankle on a potentially wet tile floor, and he doesn’t appear to have any swelling at all. He even pivots on it a bit. Looks pretty nimble to me.

So does Conner have any chance to play against the Patriots?  At this moment, I’d give him a 25% chance.  And that’s better than zero. The only way the Steelers beat the Patriots (in my humble opinion) is the win the time of possession, keep Brady off the field, and score on nearly every drive. Having James Conner in the backfield would go a long way to making that wish come true.

Dr. Friedlander is a general surgeon, specializing in advanced laparoscopic surgery, breast surgery and thyroid and parathyroid surgery. She earned her undergraduate degree at Middlebury College, and her medical degree at New Jersey Medical School. She completed an internship, general surgery residency and fellowship in surgical research while at Albert Einstein College of Medicine. She then completed an additional fellowship in minimally invasive surgery at University of Southern California.

Dr. Friedlander is board-certified in general surgery by the American Board of Surgery.