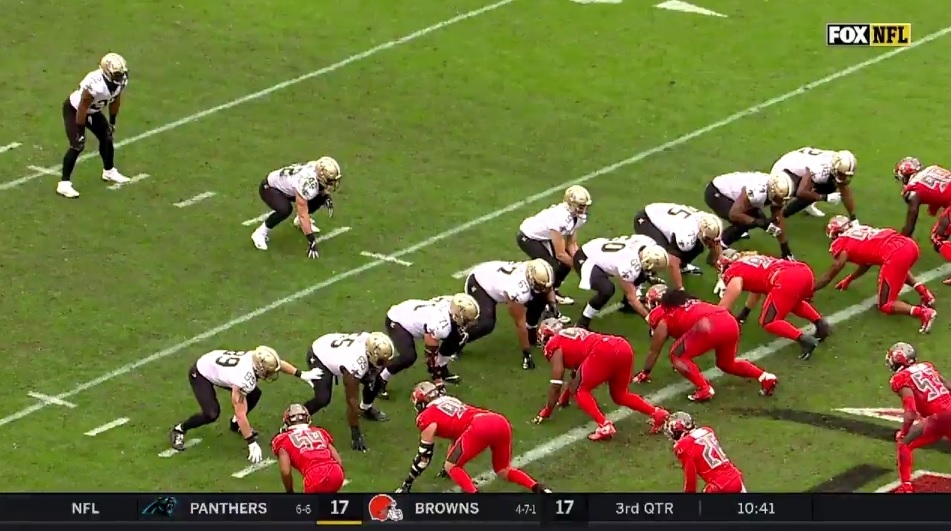 1. They carry over last week’s gameplan to Alvin Kamara and Michael Thomas.

The Steelers rolled all their coverages to Julian Edelman and Rob Gronkowski last week, daring the rest of the Patriots’ offense to beat them. It worked. Edelman hauled in seven catches but didn’t do significant damage while Gronk was held to just a pair and shut out in the first half.

The Saints have top weapons but they’re also top heavy too. Behind Kamara and Thomas, there aren’t a lot of dudes who scare you, though as we wrote yesterday, Drew Brees has the ability to make those guys look good. Expect the Steelers to bracket and double Thomas, a top five receiver in football. Taking away Kamara will be key too but it’s harder to do with a running back than a receiver. Would like to see Terrell Edmunds roll down to him in passing situations, just in the way some teams play a hyper receiving threat like Christian McCaffrey.

2. The offense attacks the Saints Cover 2.

There are plenty of parallels between New England and New Orleans. But it ends with their defense. The Saints have a much better unit in run and pass. But they’re beatable out of Cover 2, which they like to employ on early downs. Attacking them down the seam, putting cornerbacks in conflict, stressing the safeties to rally to the sidelines.

Because when you get to third and long, the Saints will man up, make every throw tough, and their pressure (45 sacks in 2018) will get to you.

Samuels played really well last week as a runner and receiver. In pass pro? Ehhh, not so much. You wouldn’t think a 4-3 front would blitz very much, instead relying on their front four and guys paid to specifically get after the quarterback. But New Orleans isn’t afraid to blitz their linebackers and slant and stunt to get their guys free. Their starting linebackers have combined for seven sacks already. Samuels has to be better in recognition and technique. On the road, in a big game, there’s going to be plenty of pressure on him.

Pittsburgh just doesn’t run as well against 4-3 teams as 3-4 ones, especially ones they don’t see very often. You saw that against Oakland and the same problem may exist versus New Orleans. Tight ends get matched up on defensive ends, not 3-4 linebackers, a much more difficult matchup. Vance McDonald and Jesse James had their worst games of the year versus the Raiders. They have to turn that around this week, taking on the likes of Cam Jordan, Alex Okafor, and rookie Marcus Davenport, three big, strong defensive ends.

If I’m Randy Fichtner, I’m getting Chukwuma Okorafor about ten snaps to help out in the run game. He saw just two in that Raiders loss, where the Steelers averaged a measly two yards per carry, and that was far too few.

2. Taysom Hill has his way in the Wildcat.

I’m expecting Hill to play a prominent role in the Saints’ offense. Among the other things he can do, he’s most often used as a runner. The Steelers had their issues defending Lamar Jackson in the Wildcat midseason and I can see the Saints testing this defense again. Change personnel, up the tempo at home, and force the Steelers to respond.

The main reason why the Saints offense has struggled to put points on the board the last three weeks is their inability to convert in the red zone. Doing so at just a 40% clip, well below average. But with New Orleans returning to home, that issue could change. They have the league’s second best red zone offense at their place. One of the biggest reasons why the Steelers knocked off the Patriots was holding them to 0-3 in the red zone and allowing points on just one of those drives. If Pittsburgh does that again, they’ll win.