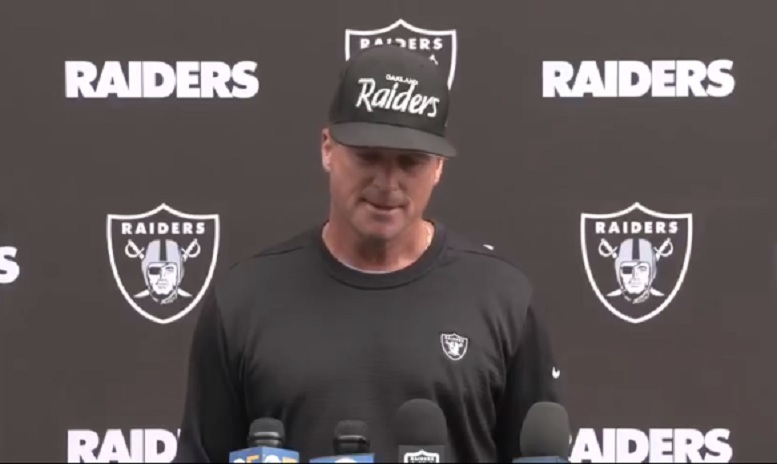 1. They win the battle of the trenches.

Really simple concept. And the Steelers should on both side.s Their o-line vs the Oakland Raiders d-line and vice versa. Steelers are clearly the better squad. Clog the run, attack Derek Carr (who has been sacked 38 times this year), and give Ben Roethlisberger all day versus an overmatched Raiders’ secondary. For games like this, where one team looks so much better on paper, it’s all about executing the basics. Do that and it’s tough to lose.

2. Return to third down success.

Third down failures have played just as important a role in the struggles the last three weeks as turnovers. The Steelers offense has converted at only about a 30% clip since the Jaguars game. The previous five games? They were tops in the league at over 62%. Just get inside the red zone, where Pittsburgh is having as much success of any team the last 15 years, and they’ll finish drives with touchdowns.

3. Randy Fichtner decides to run out of 11 personnel.

The Raiders’ run defense has been bad this season. But you can especially attack them out of nickel, where they bring in specific sub-package players, like safety-turned-linebacker Nicholas Morrow, who comes into their nickel personnel. That’s the matchup I want if I’m looking to run the ball without James Conner. Get Ramon Foster or David DeCastro climbing to the second level and engulfing a 225 pound linebacker. Too easy. Even with Jaylen Samuels and Stevan Ridley shouldering the load, no excuse for any problems running the ball today.

We’ll find out pretty quickly if the Steelers can create better matchups after that mess versus LA. Cook is Oakland’s top receiver and they’ll line him up all over the formation. Could have multiple defender on him but I’m curious to see what their plan is. Morgan Burnett and Cam Sutton seem likely to play so that, as much of an excuse as it was, won’t come into play.

2. Marcell Ateman has a career day.

Like I mentioned on Friday’s podcast, if there’s one name you don’t know but might by tonight, it’s Ateman. He’s gotten involved in the offense the last three weeks, his role expanding with Martavis Bryant’s season-ending knee injury. He doesn’t offer much speed but a big body who can win 50/50 balls. Bump him at the line and play the catch point. They’ll try to isolate him throughout the game, getting him one on one with cornerbacks.

3. Jon Gruden does something tricky.

Call it a hunch. The Raiders are 2-10 and Mike Tomlin knows Gruden pretty well, working on his staff back in Tampa Bay. I bet Gruden does something tricky. What that is? I don’t know. But another fake punt (they have one this year), a halfback pass, something to try to swing momentum in Oakland’s favor for a game where they are outclassed on paper. It’ll be a matter of Pittsburgh being disciplined enough to defend it.