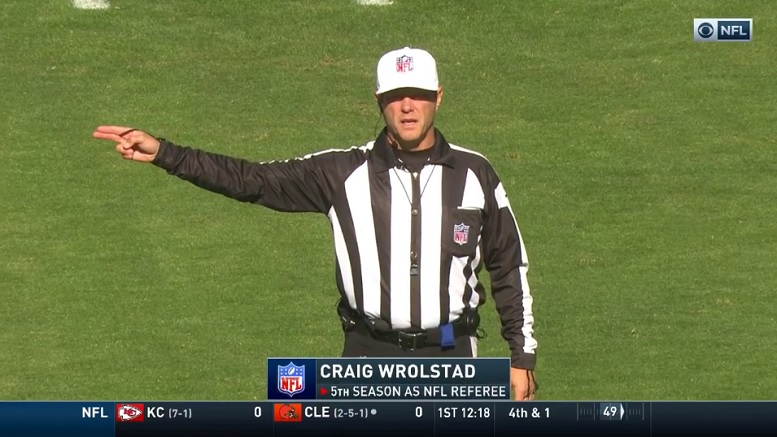 Referee Craig Wrolstad and his crew will officiate Sunday’s game between the Pittsburgh Steelers and the New Orleans Saints and if you’re a fan of the visiting team then perhaps you should be a little worried about how the balance of penalties called during that contest will go.

In only one of the 13 games that Wrolstad’s crew has officiated this season has the home team been penalized more time than the visiting team and that was the game between the New England Patriots and the Minnesota Vikings a few weeks ago.

In case you forgot, or didn’t know, Wrolstad’s crew officiated the Steelers Week 9 road game earlier this season against the Baltimore Ravens and of the 13 total penalties assessed in that contest for 128 total yards, 8 of them totaling 103 yards went against Pittsburgh. 3 were Defensive Pass Interference penalties against the Steelers. You can see the full break down of the penalties called in that game here.

Here’s something else to worry about if you’re the Steelers or one of their fans. Not only are the Saints the fourth-least flagged team (94 in total) in the NFL entering Week 16, they’ve been assessed a league-low 29 penalties in their 6 home games played so far this season. The Steelers, on the other hand, have been assessed almost twice that amount (52) of penalties in their previous 7 road games this season.

Of the 114 total times the Steelers have been flagged so far this season, Offensive Holding was the penalty on 24 of them. 10 of those were on Steelers offensive linemen with tackle Alejandro Villanueva being responsible for 4 of those. According to nflpenalties.com, Wrolstad’s crew has called Offensive Holding 54 total times out of 192 total flags this season. False starts is the next-most type of penalty that crew has flagged for this season at 34 times in total. Defensive Pass Interference is next on the list at 19 times.

With all of that data now presented, you can now see why there’s a good reason to worry about Wrolstad’s crew being in charge of officiated Sunday’s game in New Orleans between the Steelers and the Saints. Here’s to hoping they get a fair shake.

If it’s of any consolation to you, home teams have a .540 winning percentage in games that Wrolstad’s crew has officiated so far this season and that’s just slightly below the league average of .610.