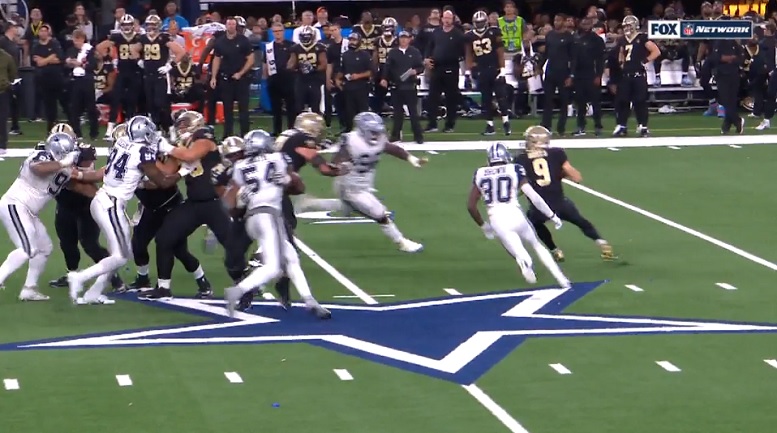 The Pittsburgh Steelers will play the New Orleans Saints on Sunday on the road and that means the team’s defense will go up against another veteran quarterback for a second week in a row in future Hall of Famer Drew Brees. While the Steelers defense is one of the heaviest-blitzing units in the NFL through Week 15 of the regular season, they might want to back off a little on doing that Sunday in New Orleans.

Brees, who enters Sunday’s home game against the Steelers having completed 74.9% of all his pass attempts on the season for 3,666 yards with 31 touchdowns and just 5 interceptions for a passer rating of 116.8, has been even better throwing the football when opposing defenses have blitzed him in 2018, according to ESPN. In fact, ESPN currently has Brees with a league-best 127.1 passer rating against the blitz entering Week 16.

According to the tape, only one of Brees’ 5 interceptions this season have come against a blitz and that happened in the game against the Minnesota Vikings. Brees has also been sacked just 15 times so far this season and it looks like on tape that only 9 of those came via a blitz of some kind.

Now is probably a good time to point out that Brees has only been sacked 7 times and intercepted just once in the Saints six home games played so far this season with 5 of those coming on 3rd downs. Additionally, 20 of his 31 total touchdown passes this season have come at home in the dome.

If it’s any minor consolation, the Steelers, also according to ESPN, enter Week 16 with the third-best pressure percentage on opposing quarterbacks when they don’t blitz. On top of that, the four of the Saints starting offensive linemen showed up on the team’s Wednesday injury report with two of those players, left tackle Jermon Bushrod (hamstring) and center Max Unger (concussion), both being unable to practice.

In summation, Steelers defensive coordinator Keith Butler might want to think twice about how many times he wants his unit to get after Brees on Sunday and when he does decided to send a blitzer or two, he better hope the pass rush either gets to Brees, or forces the quarterback to make a poor throw. Additionally, when Butler decides to not to blitz Brees on Sunday, which will likely be most of the game, he better make sure that his unit is disguising coverages well.

The Steelers defense has faced a few good tests in opposing passing offenses and quarterbacks so far this season and particularly in the last three weeks. Sunday in New Orleans, however, might just be the biggest test of the season for the Steelers defense against a Saints offense led by Brees that has played really well at home this season.