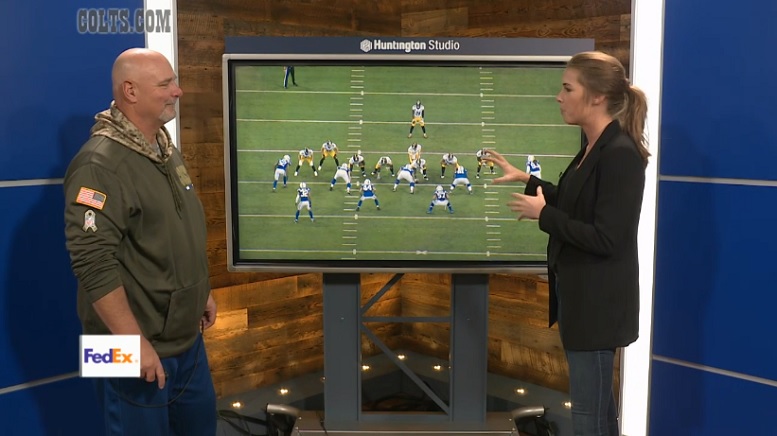 The Pittsburgh Steelers are getting a little help this week from a defensive coach who has been on the winning side of a few games against the New England Patriots.

According to Aditi Kinkhabwala of the NFL Network, the Steelers brought in former New York Giants, New York Jets and Indianapolis Colts linebackers coach Jim Herrmann this week to work with their defense.

The #Steelers also brought in longtime LBs coach Jim Hermann to work w/ their defense this week. (He was the #Giants LBs coach when I covered NY. Those Giants beat the #Patriots twice in one season.)

Herrmann, who played football in college at Michigan, first started coaching when he graduated in 1982. He first worked for Bo Schembechler at Michigan in 1983 and went on to spend the next two years coaching high school football. Herrmann returned to Michigan in 1986 and was basically there until 2005. He coached the Michigan linebackers his entire time there in addition to being the special teams coordinator for a few years. In 1997 he was named Michigan’s defensive coordinator and held that job until 2005.

In 2006, Herrmann joined the Jets along with his good friend Bob Sutton, who had become the defensive coordinator. After three years with the Jets, Herrmann was hired by the Giants, who had Bill Sheridan as their defensive coordinator. Sheridan had previously spent some time at Michigan as well. Herrmann was the linebackers coach for the Giants for seven seasons. That span included the Giants beating the Patriots twice during the 2011 season with the second time coming in Super Bowl XLVI.

Obviously, Herrmann also coached against Patriots quarterback Tom Brady several times when he was with the Jets and was on the winning side of two regular season games against New England during those three seasons. Herrmann was also at Michigan the entire time that Brady went to school there.

Herrmann was most recently the linebackers coach of the Colts from 2016-2017. He coached current Steelers inside linebacker Jon Bostic last season when both were with Indianapolis.