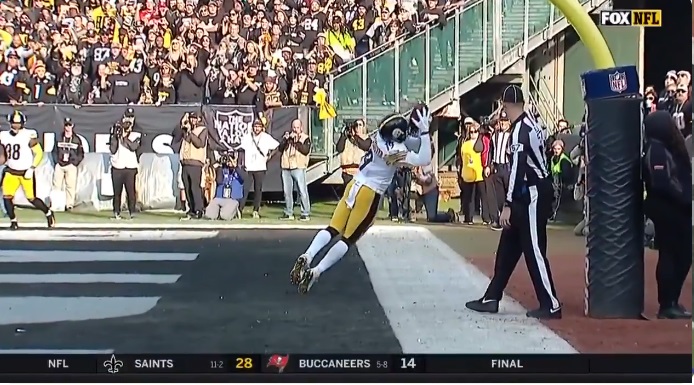 – Ben Roethlisberger went 25/29 today, completing 86% of his throws. That’s the second highest completion percentage of his career when attempting at least 25 passes. His record came just a month ago, going 22/25 in their win (what a concept) over the Carolina Panthers.

– Jaylen Samuels is the first Steelers RB with at least 10 carries and less than 30 yards since Fitzgerald Toussaint posted a 12/24 line against the Browns in the 2016 regular season finale against Cleveland.

– Samuels 67 yards receiving are the most in a game since October 5th, 2017, when he caught seven balls for 104 yards in a win over Louisville.

– Antonio Brown’s four receptions for 35 yards are both season lows.

– The Steelers first two DB sacks of the season have come the last two weeks. Terrell Edmunds vs the Chargers, Mike Hilton today.

– Oakland is the first team to win a game with 13+ penalties, while their opponent had two or fewer, since the 2008 Steelers, who beat the Chargers 11-10 that day.