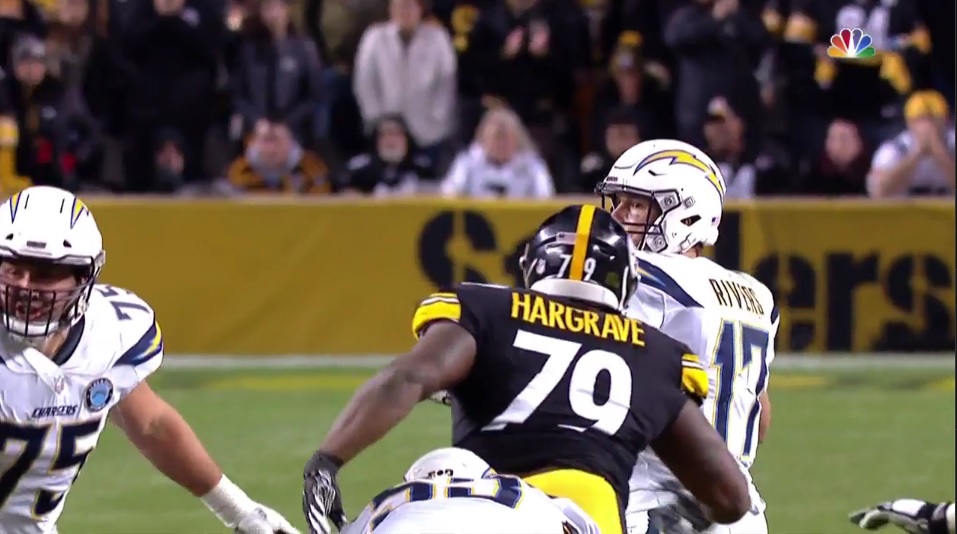 Honestly guys, I don’t have the energy for this one. What an awful loss. Stats of the weird from the Pittsburgh Steelers’ game-ending loss Sunday night.

– You guys I’m sure saw the stat already. First loss since the merger after leading by 14+ at home.

– The Steelers have forced just one turnover in three games. I’m not sure how to compare the stat so it isn’t so much as “weird” as it is “bad.”

– Antonio Brown went over 1000 yards receiving for the sixth season in a row. The first receiver in Steelers’ history to do so and the first in the NFL to do it since Calvin Johnson from 2010 to 2015.

– The Steelers allowed their first punt return TD since Jacoby Jones went 63 yards in 2012. The 73 yard return was the longest score allowed since Steve Breaston also went 73 yards in 2007. Last time there was a longer score? Gotta go all the way back to the Browns Dennis Northcutt, going 87 yards in 2002.

– Jaylen Samuels is the first Steelers rookie RB with two receiving touchdowns in a year since Willie Asbury did it in 1966. There’s a name I didn’t expect to come across researching the stat.

– Since sacks became official, Javon Hargrave has become just the second NT with 6.5 sacks in a season. He joins rib eatin’ Edmund Nelson in 1984, who recorded seven.

– Terrell Edmunds is the first Steelers DB to record a sack this season.

– Pittsburgh started the game 3-3 on first down. They finished 0-7.

– The Steelers have lost three games in the second half of the season under Mike Tomlin for the first time since 2012.