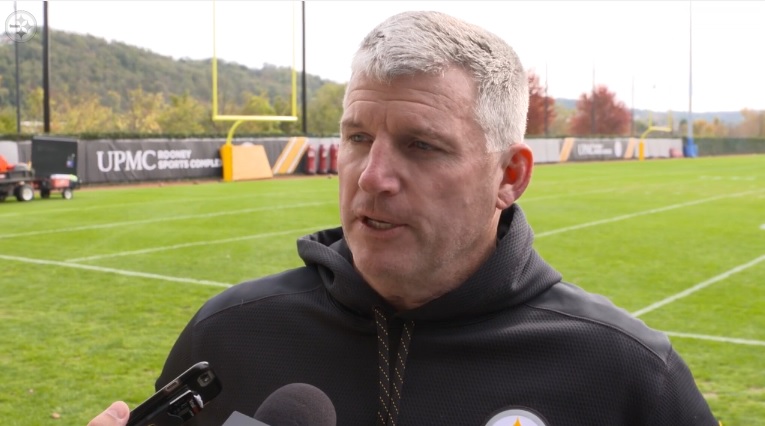 The Denver Broncos are reportedly looking to interview Pittsburgh Steelers’ offensive line coach Mike Munchak to become their next head coach, per this report by ESPN’s Adam Schefter tweeted out moments ago.

The Broncos announced Monday they fired Vance Joseph, who led Denver to a 6-10 record this season and back-to-back non-playoff seasons.

Last year, the Arizona Cardinals expressed interest in Munchak and conducted one interview with him. Ultimately, Munchak pulled himself out of the job and remained with the Steelers. Arizona hired Steve Wilks, who is likely to be fired today by the team.

Munchak has been the Steelers’ offensive line coach since 2014. He’s helped transform the line into one of the league’s top units. Few groups are as consistent or prepared as his are and among the best pass protectors in the league. He’s elevated top picks like David DeCastro and molded diamonds in the rough like Alejandro Villanueva and Chris Hubbard. Munchak is considered one of the best OL coaches in football with head coaching experience, running the Tennessee Titans from 2011 to 2013.

Should he go elsewhere, offensive assistant Shaun Sarrett could be in line to take over.

UPDATE (10:52 AM) The Cleveland Browns also have reported interest, according to Alex Marvez.

I'm told the @browns are expected to do the same https://t.co/U3UeHFSsj2

UPDATE (1:15 PM) The Green Bay Packers also have reported interest, according to Schefter.

And now the Packers have requested an HC interview with Steelers’ OL coach Mike Munchak, per league source.

(2:59 PM): The Dolphins are the fourth team to express interest.

Mike Munchak is in demand. The Dolphins are now the third team to request an interview with the Steelers assistant, joining the Broncos and the Packers