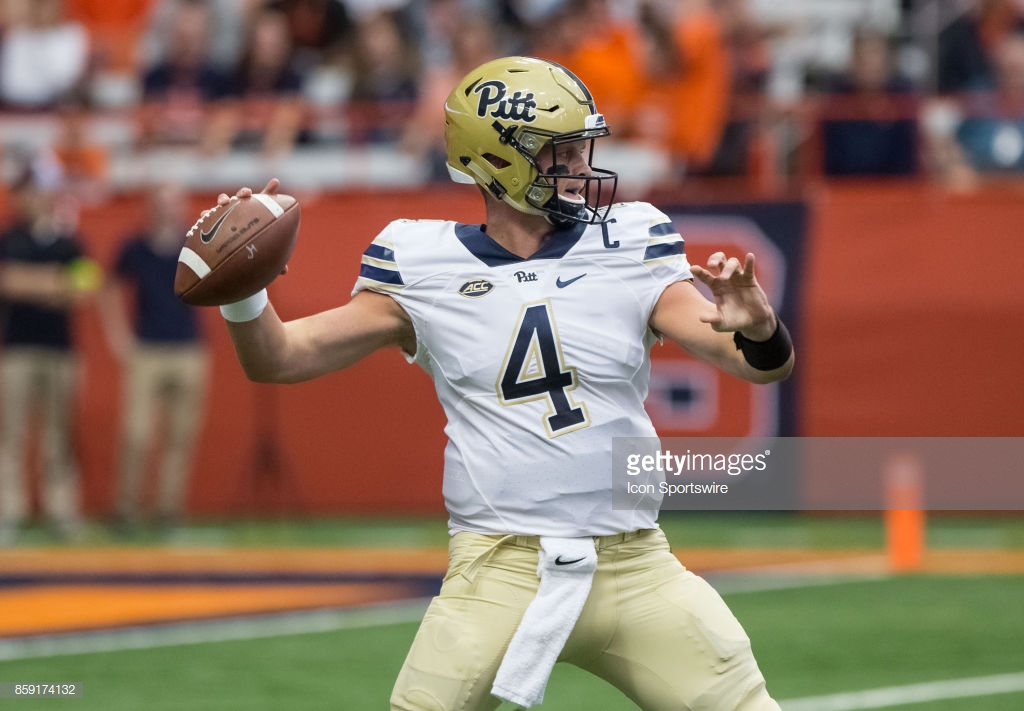 The Pittsburgh Steelers will soon be signing several players to futures contracts for 2019 and last week they reportedly brought in a few free agents that might be worth keeping an eye on.

Browne, who ended his college career at Pittsburgh after transferring from USC, completed 66.8% of his total college pass attempts for 1,647 yards with 7 touchdowns and 4 interceptions. A shoulder injury suffered in October of 2017 ultimately ended his season and that required surgery to repair.

Eguavoen, who played his college football at Texas Tech, has spent the last three seasons playing in the CFL for the Saskatchewan Roughriders. This past season he registered 81 defensive tackles 10 special teams tackles, 3 sacks, an interception and two forced fumbles. He is listed as measuring in at 6’0″, 227-pounds.

As for Ellis, who played defensive end in college at Temple, he measured in at his 2017 pro day at 6016, 248-pounds. He had 41 total tackles and 3 sacks during his college career. He most recently played for the Ottawa Redblacks of the CFL where he registered 43 total tackles and 9 sacks over the course of the last two seasons.

Rhymes, who ended his college career at Murray State after first attending and playing for Florida International, has also spent his last two seasons playing in the CFL for the Redblacks. In 19 games played for Ottawa he registered 37 receptions for 522 yards and a touchdown. At his 2017 pro day he reportedly measured in at 6035, 213-pounds and ran his 40-yard dash in 4.56-seconds.