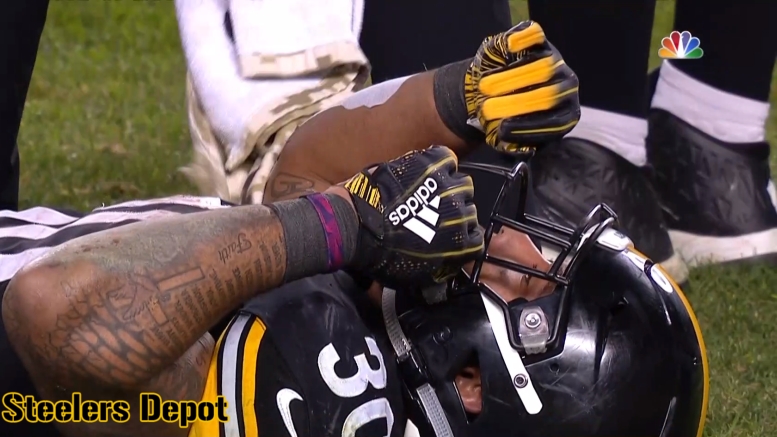 The Pittsburgh Steelers were without the services of running back James Conner for their Sunday road loss to the Oakland Raiders due to an ankle injury and despite some optimistic reports before that game started from the major media stating that he has a chance to play at home against the New England Patriots this coming Sunday, it sounds very unlikely to happen as we sit here on Monday.

According to a Sunday tweet from Gerry Dulac of the Pittsburgh Post-Gazette, Conner, who suffered an ankle sprain late in the Steelers Week 13 home loss to the Los Angeles Chargers, is already considered doubtful to play against the Patriots this coming Sunday.

Don't get your hopes up about James Conner returning next week, per reports. He is still considered doubtful to play vs NE

While Steelers head coach Mike Tomlin would not say if Conner was dealing with a high ankle sprain when he discussed the running back’s condition this past Tuesday, he did immediately rule him out for the team’s game against the Raiders and that certainly wasn’t a great sign.

While the Steelers running game with Conner in the backfield hasn’t been great since the team’s win over the Baltimore Ravens in Week 9, it was extremely poor without him against the Raiders on Sunday and against an Oakland defense rated last in the league in yards per carry allowed. The two running backs that did carry the football against the Raiders on Sunday, rookie Jaylen Samuels and veteran Stevan Ridley, combined to rush for 32 yards on 16 carries with a long gain of 9 yards.

Steelers backup quarterback Joshua Dobbs had the longest run from scrimmage against the Raiders and that was only 10 yards via a scramble.

The Steelers will, however, face a Patriots defense on Sunday that allowed the Miami Dolphins offense to rush for 189 yards on 21 total carries and 20 of those carries were by running backs of which two totaled 90 yards.

Tomlin will likely next update the condition of Conner on Tuesday during his weekly press conference and it won’t be a huge surprise if he rules the running back as questionable at best for the team’;s game against the Patriots.