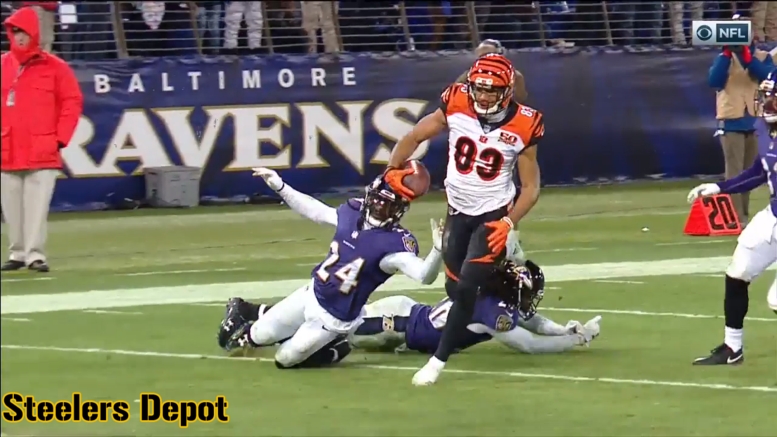 If there are any Pittsburgh Steelers fans looking for a silver lining heading into a season finale that requires the Baltimore Ravens to lose to the Cleveland Browns, there is some good news: John Harbaugh’s teams have not been good in play-in scenarios over the course of the past couple of years.

The Ravens in fact have failed to reach the postseason in four of the past five years, and that includes every season going back to 2015. While that season in particular was already a lost cause—they finished 5-11, well out of the running—they had chances to win in each of the past two seasons that they squandered late in the year.

Baltimore had an 8-6 record in 2016 heading into a pivotal game against the Steelers that by rights should have been the deciding factor in the division race. This was the Christmas Day game, two years ago today, that birthed the Immaculate Extension, Pittsburgh claiming the last-second victory courtesy of an Antonio Brown game-winner at the end by a score of 31-27.

The Steelers were 9-5 heading into that game, just one ahead of the Ravens, but had already lost to Baltimore, so if they had lost, the Ravens would have owned the head-to-head tiebreaker in the race for the AFC North title, as they would have both been 9-6 heading into the finale.

Baltimore still had a chance to make it into the postseason as a Wildcard in Week 17 if they were able to beat the Cincinnati Bengals, who were not a good team that year, in addition to getting some help in the form of a Miami Dolphins loss. They didn’t get the help they needed, but they also didn’t take care of their own business, finishing 8-8 following the crushing disappointment on Christmas Day.

Baltimore had even better odds a year ago. Another big late-season loss to the Steelers helped shape how things would play out and cost them the division, but they still only had to win—against the Bengals—in Week 17 to make it into the playoffs.

As you can guess, or remember, they did not, allowing a huge fourth-and-long conversion for a touchdown. They dropped to 9-7 on the season, and multiple other results also broke against them that conspired to see them stay home that year.

Baltimore is trying to end a three-year playoff drought, and are hoping that things are different now with Lamar Jackson under center. To be fair, things very well may be. But the Ravens still have to take care of business at the end of the regular season, and that has proven trickier than you would expect for them in recent years.