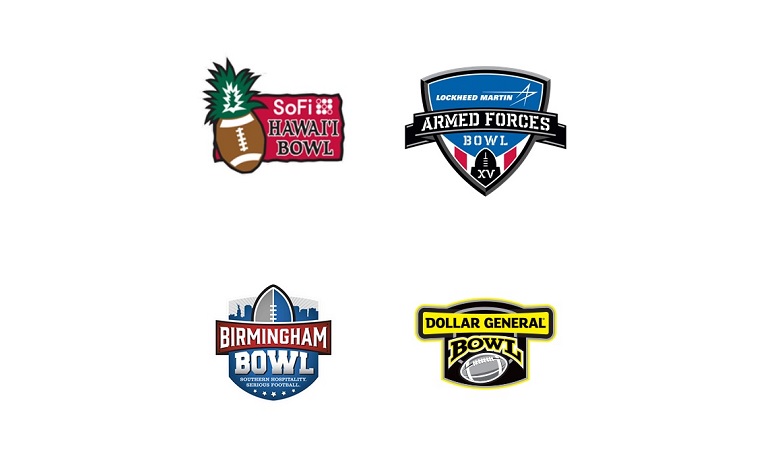 Soak it in now because today’s bowl games will be the last until December 26. Fortunately, the NCAA has provided a full slate of college football today as four bowl games are scheduled to take place with many potential NFL prospects involved. On tap for today are a handful of Senior Bowl invitees and a pass rusher who was recently mocked to the Pittsburgh Steelers by Todd McShay.

The Birmingham Bowl was set to feature one of the most electric running backs set to enter the 2019 NFL Draft but unfortunately Memphis back Darrell Henderson will sit out to prevent a potential injury. Henderson is perhaps the most elusive running back in this year’s class and has great vision and contact balance. After rushing for over 1900 yards this season, Henderson will be among the first handful of running backs selected in the upcoming NFL draft.

Other plays on Memphis who will get some late round attention in next year’s NFL draft are offensive tackle Trevon Tate and linebacker Curtis Akins. Atkins is a bruiser at 235 lbs and recorded 91 tackles in his final season at Memphis. Teams will take a flyer on both Tate and Akins late.

Wake Forest’s success is channeled through an efficient running back by duo Cade Carney and Matt Colburn. Carney was the team’s leading rusher with 954 yards but his intentions for the NFL Draft is still not clear. Colburn, a senior on the other hand has been Wake Forest’s most consistent back. Powered by his ball security skills and balance will make him an intriguing mid-late round prospect.

Other pieces come from the defense with defensive end Willie Yarbary, who at 6’2, 285 lbs could develop into a rotational piece in a 3-4 defense and cornerback Essang Bassey. There is no other way to put it, Bassey is a playmaker. Four career interceptions and 33 pass defenses, Bassey is a ballhawk. The junior corner seems most comfortable playing in zone where he is allowed to break on the ball. Bassey is a prospect that I will continue to keep an eye on.

Superstar defensive lineman Ed Oliver will not suit up for Houston as he prepares for the 2019 NFL Draft. Oliver has racked up 53 tackles for a loss over his career and will likely be one of the first names called during next year’s draft.

The next biggest prospect on the Houston defense is cornerback Isaiah Johnson. A Senior Bowl invitee, Johnson stands at a gigantic 6’4 and has incredible size that will make NFL teams intrigued. The senior corner transitioned from receiver to cornerback two seasons ago and while he is still developing his craft, his potential is sky high.

Anthony Johnson is another Senior Bowl invitee who will be showcased in today’s bowl games. Johnson has recorded 2300 receiving yards and 25 touchdowns in two seasons at Buffalo. The wide receiver has plus size at 6’2, strong hands and is physical enough to make catches in traffic. Not someone who is going to blow you away athletically, Johnson is a great mid round prospect for teams looking for a tough and trusted pass catching receiver.

While he has yet to declare his intentions, the man throwing the football to Johnson is also garnering some noteworthy attention ahead of the Dollar General Bowl. Buffalo quarterback Tyree Jackson threw for 2857 yards while throwing 27 touchdowns to 11 interceptions. While he has elite size at 6’7 and a huge arm that is capable of making throws all over the field, Johnson’s accuracy still leaves a lot to be desired.

One matchup to watch in the upcoming Dollar General Bowl is how Buffalo wide receiver Anthony will hold up against Troy cornerback Blace Brown with both players heading for the NFL in the near future. Brown is a ballhawk corner with 12 career interceptions and 15 pass defenses. He has great closing speed and can cover vertically as well. Not only is Brown one of the best prospects to come out of the Sun Belt Conference but he will also be one of the NFL Draft’s biggest sleeper picks.

Troy outside linebacker Hunter Reese will command some late to undrafted attention from NFL teams. Reese has recorded 28 tackles for a loss and 13.5 sacks over the last two seasons.

One star player not sitting out a bowl game is Louisiana Tech pass rusher Jaylon Ferguson. The senior pass rusher has broken NCAA record books during his collegiate career as his 43 career sacks are the most in NCAA history. Ferguson knows how to use his hands to rip through opposing lineman but his bend leaves a lot on the table. The CUSA Defensive Player of the Year will also be at this year’s Senior Bowl and was recently mocked to the Steelers in Todd McShay’s first mock draft.

In the secondary, Louisiana Tech will rely on cornerback L’Jarius Sneed who presents good size for a cornerback at 6’1. Sneed is not afraid to get physical as his 54 tackles this season would suggest. With three interceptions and seven pass defenses, he is also capable of making plays on the football. Sneed is a player who may get some attention towards the end or in the undrafted portion of next year’s draft should the junior declare.