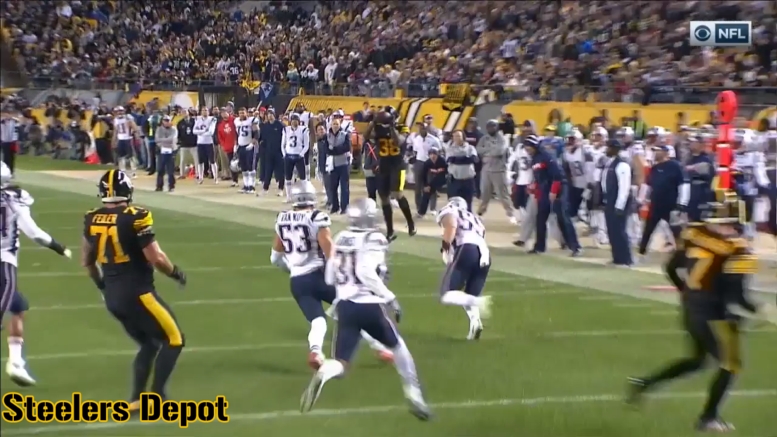 The Pittsburgh Steelers are running with a lot of components on offense that are still young in the game. Aside from Ben Roethlisberger, Antonio Brown, and the offensive line, the skill positions don’t have a lot of experience—and the most experienced of them is also the youngest.

That would be JuJu Smith-Schuster, who only turned 22 last month but already has over 2000 receiving yards. He has shown a veteran-like presence since he was still 20. James Conner has had veteran traits, but still has his youthful moments. James Washington and Ryan Switzer are obviously still working through theirs.

Then there’s Jaylen Samuels, who is not just new to the league, but even to his position. Yet with Conner out, the Steelers have really shown their faith in him and have given him the opportunity to start for the past two games. He has gotten 39 touches in that span, and while he didn’t score—he does have two touchdowns—he produced over 250 yards of offense.

And while yes, he too has his rookie moments—a missed hot blitz pickup led to a Ben Roethlisberger sack on Sunday—he also showed his savvy late in the game on a huge reception on third down for 20 yards.

As he told reporters after the game, per the Steelers’ communications department, he wasn’t even supposed to get the ball on the play. “I had a little chip on the end, and then I just got out. I

saw Ben roll out and just tried to make a play”, he said.

“I saw the dude who was covering me press up on me hard, so I beat him deep. Ben found me, made a great throw, I made a great catch and just tried to stay inbounds to keep that clock running. It was a big play in the game”.

It was a huge play. It was third and nine from the Steelers’ 26-yard line with 3:14 to play, and the Patriots still had all their timeouts. It was a four-point game. Pittsburgh could have been punting to Tom Brady from the 26 and giving him about three minutes to work with and all of his timeouts.

The Steelers would get down to the Patriots’ 30 and settle for a field goal five plays later, at just the 2:30 mark, but the sequence forced New England to use their timeouts, which limited what Brady could do on his final drive.

“I was just trying to let the clock run and stay inbounds”, Samuels said after making his big catch. “I didn’t want to go out of bounds and stop the clock, and give them any extra time because you know who is on the other side of the ball. I just tried to waste as much time as I could”.

If we’re being honest, there are a lot of veteran players who still make mistakes like these. Samuels has shown himself to have a pretty good head on his shoulder so far though, and that’s why he’s gotten to play.