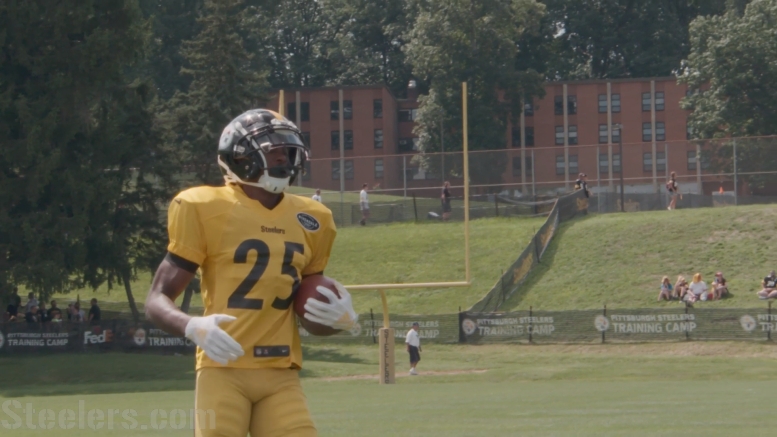 Artie Burns has been stuck to the bench since Week 6.

Multiple media reports have indicated Burns has worked with the first-team defense this week. It’s unclear if he will start against the New England Patriots but if that’s the case, Burns is ready for it.

“Burns could work his way onto the field, and even into the starting lineup, Sunday, when the Steelers host the New England Patriots, multiple players confirmed Thursday.”

Burns mixed in with the first team during Wednesday’s practice, per The Athletic.

Will Artie Burns make his return this week? He confirmed he was out there getting first-team reps today. “I don’t know. They called it this morning so I will go with the flow. I really don’t have the details on it.” @TheAthleticPGH

Burns told Rowntree he wasn’t sure what the coaching plan was for Sunday’s critical matchup.

“I don’t really know,” Burns said of the specifics of his upcoming assignment. “I just do what the coaches ask of me and just keep working. However our gameplan dictates it.”

If he starts, he’ll replace Coty Sensabaugh at the right corner spot. Sensabaugh hasn’t played terribly but hasn’t offered any big plays in weeks and physically, Burns does matchup better against the speedy Josh Gordon. Burns initially lost his job after a dreadful showing against the Cincinnati Bengals, giving up a touchdown pass and flagged for pass interference late in the game.

It’s part of some notable secondary changes Mike Tomlin, Keith Butler, and company have made this week. Mike Hilton was demoted to the scout team with Cam Sutton taking the starting spot for yesterday’s practice.

At the least, the Steelers are trying to make some changes in their lineup for a group that’s struggled throughout the year. Sunday’s dud against Oakland was their worst showing, failing to make plays on the football despite being in good position, something Tomlin pointed out immediately after the loss.

Should Sutton and Burns start, they’ll be greeted back in the starting line by Tom Brady, a first ballot Hall of Famer, and quarterback who has had the Steelers number for all of the 21st century.