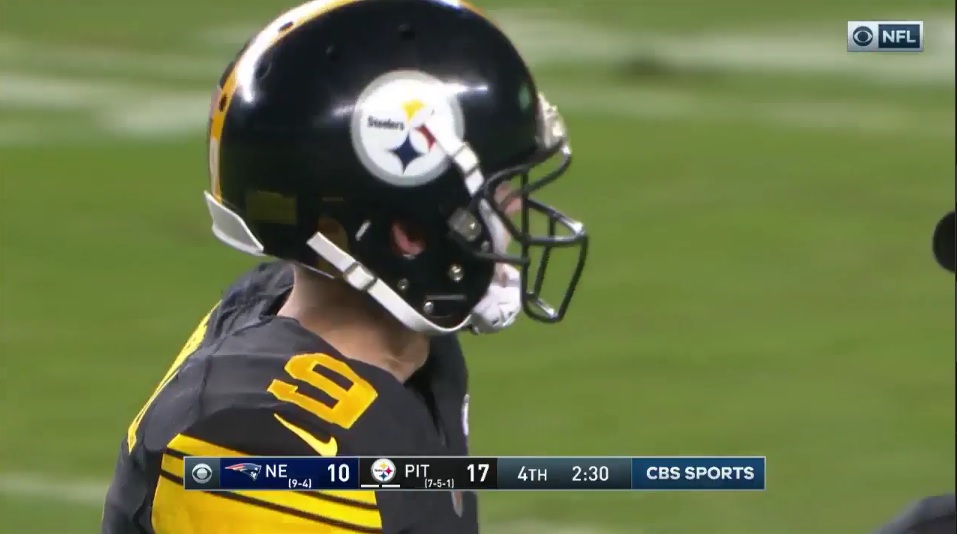 Mike Tomlin said they weren’t going to put the blame on one man. And in doing so, earned the respect of the locker room. Or at least, Ramon Foster, who praised how Tomlin handled the Chris Boswell situation last week. Tomlin created competition but gave Boswell a fair shake to bounce back. During the week, he did, and though he pulled a field goal wide right Sunday, he split the uprights on a critical 48 yard try late in the game.

Foster offered his opinion on the situation, via ESPN’s Jeremy Fowler.

The transcript, for those who can’t view the tweet.

“The easiest thing was to fire him. And he didn’t…I think any other coach would have done that and you’d be in a worse situation…if [Tomlin] got all of us against him then he’s s*** out of luck. That’s as blunt as I can be. If we know he’s going to be with us, we’ve got to surround him with encouragement. It takes all the doubt out of everybody else’s mind. It was good for us to see.”

Tomlin said the competition was good for him to get the results they were looking for even if ultimately, he still has had issues inside stadiums.

“And so he needed a little something,” he said last week. “It’s good for him. It created a little adversity, he had an opportunity to deliver to an acceptable level, his teammates had an opportunity to watch him deliver to an acceptable level and we’re extremely comfortable with him as our kicker going in. Like I said during the week, I wasn’t interested in an easy decision or shooting a hostage, or anything of that nature, or assigning blame. We’re all responsible for our current position and so we approached it in that way and we’re comfortable where we are.”

Not only do Foster’s comments take that to heart, so does his action. The camera pans away before we can see the interaction but following Boz’s 32 yard miss against the Patriots, Foster is the first to jog over and presumably offer some of that encouragement he talked about.

Camera pans away but looks like Foster is the first guy to jog over to Boswell to keep his spirits high. Boz said after the game several teammates told him they believed in him after the miss, to stay ready if his number was called again. pic.twitter.com/bo0VVj9PuB

After the game, Boswell said several teammates came over to encourage him right after the miss. Tomlin said he had no hesitation to turn to him again for the 48 yarder. This time, Boswell came through.

Yesterday, Tomlin confirmed Boswell is their kicker for this week. He’ll have the benefit of playing inside a dome in New Orleans, taking any weather concerns out of the equation.