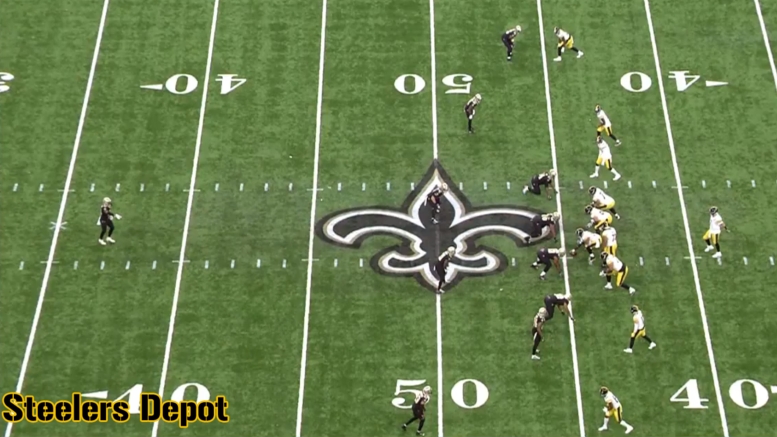 The Pittsburgh Steelers made the decision following Justin Hunter’s injury to start the practice window clock for fourth-year wide receiver Eli Rogers. He was activated to the 53-man roster from the PUP List two weeks ago tomorrow, and since then, offensive coordinator Randy Fichtner and the rest of the decision-makers have taken it upon themselves to introduce the 00 personnel package into the offense.

Having already expanded into four-receiver sets from the outset of the year, the Steelers have been making significant use of having five wide receivers on the field at the same time over the course of the past two weeks.

By my count, they have run 32 plays with five receivers on the field over the course of the past two weeks, those receivers being Antonio Brown, JuJu Smith-Schuster, James Washington, Ryan Switzer, and Rogers. Some of those looks have come with Switzer or another receiver in the backfield, but it has mostly been empty sets.

Fichtner was asked about the incorporated of the five-receiver sets yesterday during his media availability, per the team’s communications department. He called the look “a change-up”, and noted that it has partially been because “we’ve been down at one position”, referring to the high ankle sprain suffered by running back James Conner that has kept him out for the past three weeks.

“We use it not just because we can and have guys who we want to get touches to, but it’s rest time for the running back, it’s a rest time for our tight ends”. While the Steelers hardly rotate in the backfield, they have done a great job of doing so at the tight end position throughout the year.

“When you’re trying to use people x amount, numbers in a game, that allows us to just throw another personnel group out there. It’s been very efficient as far as throwing and catching and moving the chains for first downs”, Fichtner said.

He also pointed out that it puts defenses in difficult positions, as they would have to commit five defensive backs down near the box, or otherwise line up a linebacker against a wide receiver, creating a natural mismatch.

“They’ve got to make a decision of how they want to play it”, the offensive coordinator told reporters. “There aren’t many ways you can do it”.

The Steelers have been averaging roughly seven yards per play out of the five-receiver sets this season. That has been pretty accurate both for Sunday’s game on 15 snaps and on 17 snaps the week prior, though those numbers include penalty yardage.

With Conner returning and not having to face the likes of Tom Brady and Drew Brees, will we see much at all of the five-receiver look in the season finale? It wouldn’t surprise me. But they have turned to it for entire drives or extended portions, so it is something they’re seeking to find comfort with.