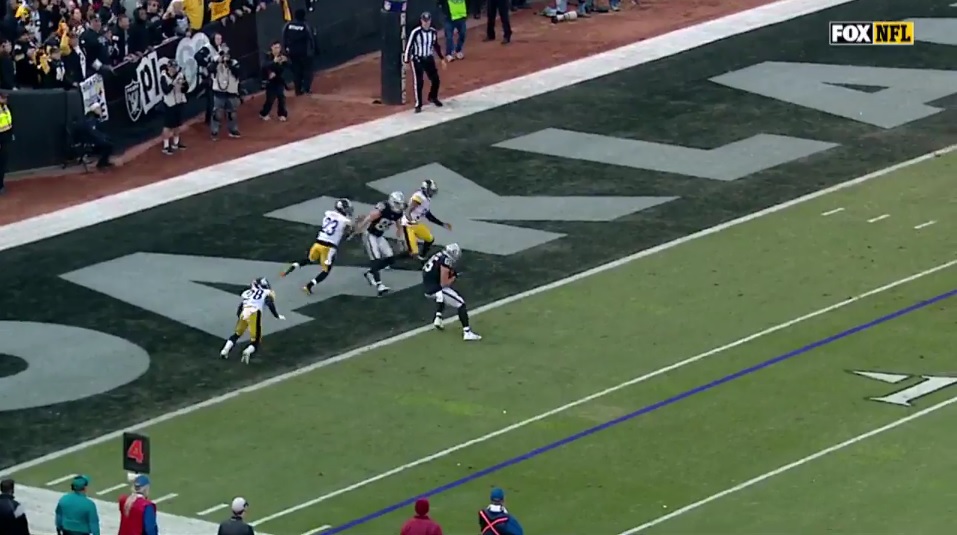 I suppose the headline is obvious given the sorry state the Pittsburgh Steelers find themselves in after the last three weeks. But David DeCastro expressed some of that frustration after another loss, their worst yet, falling 24-21 to Oakland yesterday afternoon.

The quote from 93.7 The Fan’s Josh Rowntree in the post-game scrum.

Interesting quote from David DeCastro: "It's been a frustrating past month. I think everyone's been a little tired, a little ornery, not having the energy. We've been sleepwalking a little bit." #Steelers

It’s difficult to fathom this team can sleepwalk through the most important stretch of the season. Yesterday meant so much to the Steelers season. With the loss, their playoff hopes are seriously in doubt, needing either help or beating New England or New Orleans in order to capture the AFC North crown.

Offensively, the line struggled to help out a run game without James Conner. Pittsburgh barely averaged more than two yards per carry against one of the NFL’s worst run defenses. It was one of many disappointments from yesterday.

Defensively, Cam Heyward shared a similar sentiment, taking the blame – as he always does in a loss – for the defense’s shortcomings.

“Stunned man,” he told reporters via Steelers.com. “We didn’t get off the field when we needed to. Our offense kept us in the game.  Even at the end they were moving the ball.  We had a 4th-and-6, you can’t ask for a better opportunity.  It’s a team game, but we have to get the stop right there.”

Despite being the much better group on paper, they didn’t win the battle of the trenches as well as they should’ve. Oakland stayed on script throughout the game with enough of a run game, the numbers don’t tell the whole story, while the pressure didn’t always get home on an overmatched offensive line.

According to 538, the Steelers have a 62% of making the playoffs and even those numbers feel a little generous. It’s a drastic drop from before the losing streak. After the comeback victory against Jacksonville, their odds of making the playoffs spiked to 97%. And the Super Bowl odds, a word that’s now left our vocabulary, have sunk from 12% to 3%, lower odds than the Chicago Bears or Dallas Cowboys.

They might be sleepwalking now but it’s looking like this team will get plenty of time to rest in about a month.