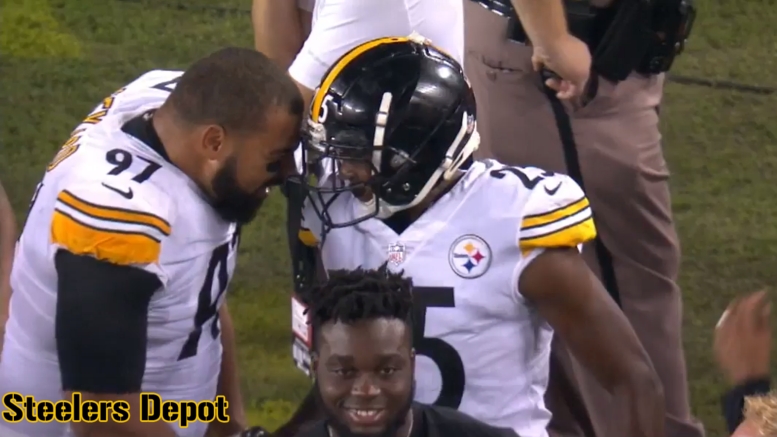 The Pittsburgh Steelers don’t have a lot of choice options when it comes to the possibly of making changes in their personnel in the hopes of finding better combinations to end a three-game losing streak. Which is why it appears they intend to return to a starter who has already been benched this season in Artie Burns.

Assuming we’ve been reading the tea leaves correctly, the 2016 first-round pick looks to return to the starting lineup today against the New England Patriots after having not played a meaningful role on defense since before the Week Seven bye week.

And that could have huge implications on his immediate financial future. If he performs well over the final three games of the regular season (and any potential postseason games), he could still sway the front office to pick up his fifth-year option for 2010, as they did for Bud Dupree earlier this offseason heading into next year.

Burns was initially demoted after two games of struggling, being put into a rotation with veteran Coty Sensabaugh. The two alternated over the course of the next four weeks, one getting more snaps one week, then the other. Both had their ups and downs, but the younger player had more costly downs.

Yet he was said to have had some good weeks of practice during the bye week and leading into the Week Eight game against the Cleveland Browns before he was late to a practice at the end of the week. He ended up being disciplined by not playing in the game, and evidently the team decided that they felt comfortable enough in Sensabaugh to let him play as a full-time starter from that point on.

At least until now, with Burns finally taking starter reps again in practice this week. He has only played very sparingly in the past seven games due to injury (for one snap) or in end-of-game situations with a commanding lead, and admittedly he struggled on both occasions.

But the team, once again, likes the way he’s looked in practice, even though they understand they won’t know how he looks on the field again until he gets out there. Looking to shake off a worrying losing trend, they are willing to take the gamble and bank on his potential coming out.

He seems to have gotten his confidence back. His teammates are confident in what he can do. He is being given perhaps an extended audition to not only reclaim his starting job, but to stake his case for a long-term, and maybe even highly lucrative role in the defense’s future.

And frankly, if he actually does play well over the next two weeks against Tom Brady and Drew Brees, he’ll have earned it. That’s a big if though.