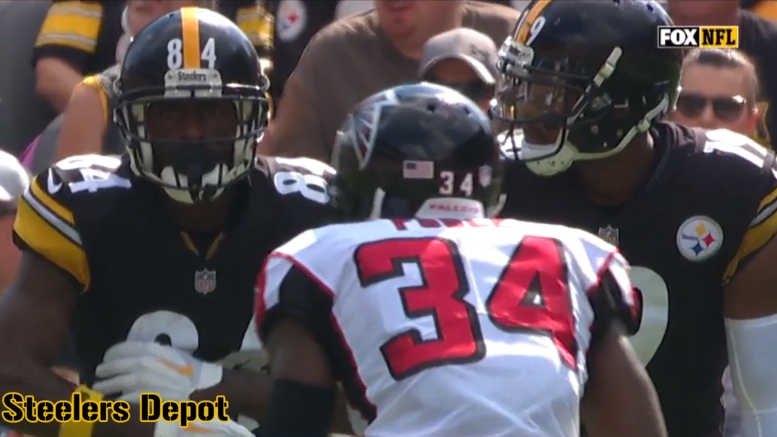 It’s not often that two players on the same team catch 100 or more passes in the same season. It’s also infrequent for a team to find itself with more than one player that is able to top the 1000-yard mark in receiving together in one year. To have two players do both at the same time is quite rare indeed.

But the Pittsburgh Steelers were able to play host to such a pairing in 2018, in doing so becoming just the sixth team in NFL history to be able to make that claim. Both Antonio Brown and JuJu Smith-Schuster were over 1000 yards receiving entering Sunday’s game, but they each crossed over 100 receptions in the game as well, both catching over 10 passes.

Antonio Brown and JuJu Smith-Schuster each have at least 100 catches and 1,000 receiving yards in 2018.

With one game left to play, in which there is everything to play for, Smith-Schuster leads the Steelers with 106 receptions for 1389 yards. Brown is not far behind him with 104 receptions for 1297 yards. It’s likely that Brown’s first catch on Sunday will make them the second pair in Steelers history to record 1300 yards together in the same season, after Hines Ward and Plaxico Burress in 2002.

The first five teams to feature two players that recorded 100 receptions for 1000 yards in the same season were the Detroit Lions in 1995, the Denver Broncos in 2000, the Arizona Cardinals in 2005, the Indianapolis Colts in 2009, and then the Broncos again most recently in 2014. So it’s a phenomenon that occurs about once every five years over the course of the past two and a half decades.

The 1996 Lions team featured amazing years from Herman Moore and Brett Perriman in a year in which Detroit went 10-6 and reached the postseason. Moore caught 123 passes for 1686 yards. The former was the NFL record at the time, while the latter was fourth—and only because Jerry Rice and Torry Holt both gained more yards than him in that same season. In addition to Moore and his 14 touchdowns, Perriman added 108 receptions for 1488 yards and another nine touchdowns.

It would be hard to find another duo that put up such numbers. The 2000 Broncos featured Rod Smith and Ed McCaffrey, the former catching 100 passes for 1602 yards and eight touchdowns, the latter with 101 receptions for 1317 yards and nine touchdowns.

In 2005, Larry Fitzgerald and Anquan Boldin had nearly identical stat lines just north of 100 catches for 1400 yards. Reggie Wayne and Dallas Clark for the Colts in 2009 both had exactly 100 for a combined 2370.

The Broncos’ 2014 team came the closest to the Lions’ numbers of 1995. Demaryius Thomas led the way with 111 receptions for 1619 yards and 11 touchdowns, while Emmanuel Sanders caught 101 passes for 1404 yards and nine touchdowns. They combined for over 3000 yards and 20 touchdowns.