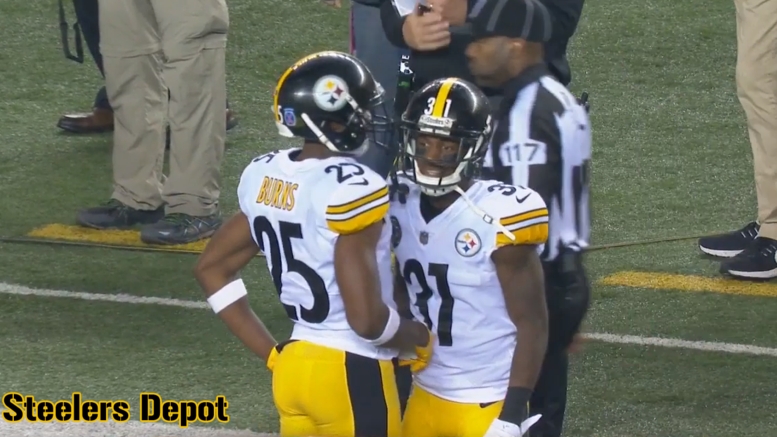 From the sounds of it, the Steelers have identified the secondary as their most troublesome area, and they have spent practice time this week shuffling personnel, perhaps hoping to land on a better combination of players to field.

On Wednesday, it was reported that Cameron Sutton was taking reps in the slot corner position with the first-team defense while Mike Hilton spent time running with the scout team. Yesterday, Artie Burns and several of his teammates confirmed that he was getting work with the first-team unit.

Could we possibly see a starting secondary on Sunday that features Joe Haden, Burns, and Sutton? This is what the team was hoping the group would look like after they signed Haden last August. Burns was a 2016 first-round pick and Sutton a 2017 third-round pick, the latter missing most of his rookie year due to injury.

Burns had been a starter for most of his career up until early this season when he was demoted into a rotation with Coty Sensabaugh. He was benched following the bye week from all defensive playing time under normal circumstances.

As for Hilton, he has been one of the Steelers’ better defenders, but he is not having the same strong season that he did a year ago, if I’m being honest, and he has struggled more in recent weeks than he has at any other point in his career.

As far as can be discerned, the Steelers have not seriously considered any other personnel changes with players on the active roster, but Eli Rogers, on the Physically Unable to Perform List, said he got some work with the first-team offense. He would have to be activated to be able to play, of course.