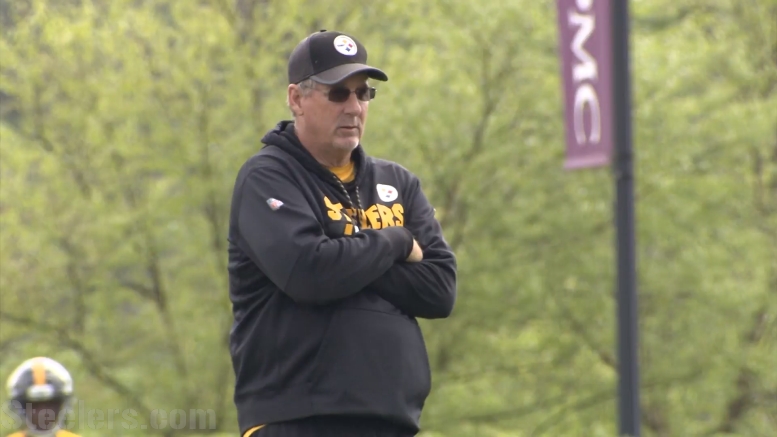 Question: Will Keith Butler’s job be a problem for him to keep?

The Steelers have had (or just about had) four seasons under Keith Butler as their defensive coordinator. They have given him premium resources every year with first-round draft picks and a smattering of two-draft selections as well. They even signed a top cornerback in Joe Haden.

But is the defense really much better off than it was when he first took over? Is it even worse? Some things have improved this season, such as the pass rush and the tackling, and those are frequently pointed to as the two—or at least two of the—biggest factors in defensive success.

The Steelers made some notable changes to the defensive coaching staff this season, moving John Mitchell out of his role as defensive line coach and bringing in Karl Dunbar. With Carnell Lake stepping aside, they added Tom Bradley to coach the secondary.

Will the defensive coordinator position be the next to change? The Steelers made a move at offensive coordinator this year, though that was a sort of pre-planned internal move, promoting Randy Fichtner into that role, and he’s done a pretty good job in his first year on that task.

It’s been a long time since the Steelers have had a fresh perspective, so to speak, on the defensive side of the ball. Butler himself was already long-tenured as their linebackers coach, and he was largely a Dick LeBeau disciple, though he incorporated new elements as well.

But has the team gotten a long enough look at Butler to have a good sense of whether or not they can win under his leadership? Does he know who his players are supposed to be defending on a weekly basis?

A lot of people were calling for his job last year and they didn’t get what they wanted. This year, will they continue to stay the course or look in a new direction?