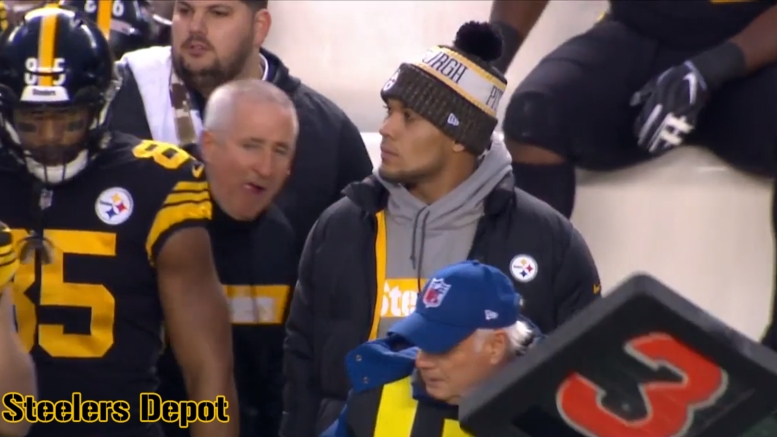 Question: Will James Conner be able to return to play before the end of the regular season?

There was optimism last week that while James Conner would have to miss Sunday’s game against the New England Patriots, they figured to be able to get him back for the final two games of the regular season.

That optimism is now fading after Conner returned to ‘practice’ yesterday and hardly did anything at all. The running back outright stated that he is not yet ready to return based on how he felt cutting and running, and that is not a good sign for his participation against the New Orleans Saints.

High ankle sprains can be a lingering nuisance, so at this rate we can’t even guarantee that the second-year back would be healthy enough to play in the season finale against the Cincinnati Bengals, let alone be able to suit up in a few days.

The Steelers managed well without him against the Patriots, with rookie Jaylen Samuels putting up 142 yards on the ground on 19 rushing attempts, which included six carries of 10 or more yards. He also added two receptions for 30 more yards.

Expecting to get any sort of encore against a Saints defense at home, where they have been one of the very best in the league, is asking a great deal. While opponents have gotten them on some gadget runs by wide receivers, they have only allowed two explosive runs to running backs in New Orleans.

It’s possible that the Steelers can clinch the division this week and have little to play for against the Bengals, but the question isn’t whether or not he would play in the game. The question is would he be able to. Right now, it’s hard to be optimistic about that.