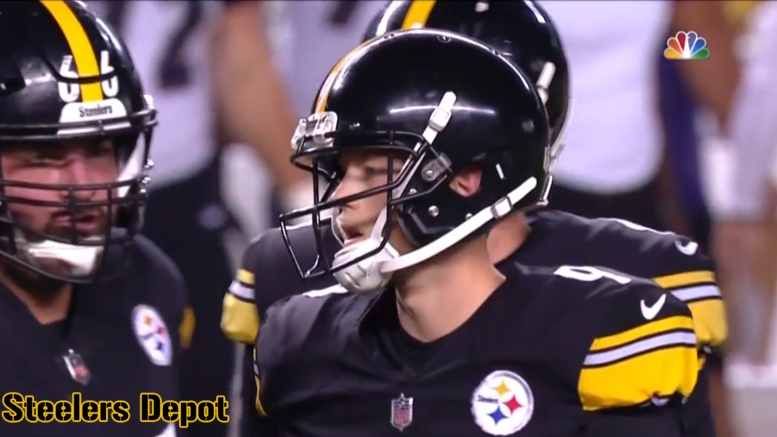 Question: Will Chris Boswell have a job by the end of the day?

The Steelers did not work any kickers out yesterday, which is what one would normally expect if they had plans to make a change during this week. You would want your new kicker to at least have a full week of practice, not to work on kicking the ball through the uprights, but to get a feel for working with your holder and long snapper.

Mike Tomlin made it explicitly clear that their intention was to look at other kickers. Unless he meant after this week, which it certainly didn’t seem so, that means they should be working out for the Steelers today—which means that Boswell could, potentially, be released today as well.

It’s possible that the team could even sign another kicker and retain Boswell if they feel like he is having the yips but they could work on him for next season. I saw somebody suggest that they use the slip on his final kick to justify an ‘injury’ to place him on injured reserve.

I know a lot of people are ready to rid themselves of Boswell, but I still can’t shake the fact that he was literally the second-most accurate kicker in NFL history coming into the season. It’s unfathomable to me that a player could start out that well and then become completely incapable of being a reasonably okay kicker in such a short amount of time.

My inclination is that the Steelers still feel the same way. While they understand that there is something obviously wrong right now and he is hurting their ability to win games when it is absolutely essential for them to win, would they sign somebody else right now and completely walk away from Boswell? We should know by this evening, but it’s not a guarantee.