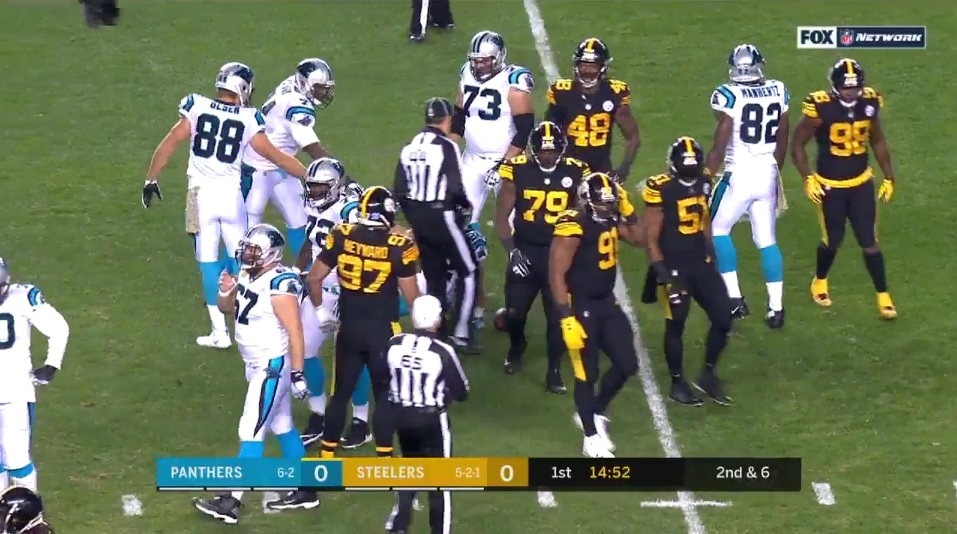 We’re back talking to the tape, reviewing the film from the Pittsburgh Steelers’ big victory over the Carolina Panthers last Thursday. Although the Panthers couldn’t run the ball as much as they would’ve liked to, Javon Hargrave had one of his best games ever versus the run.

In total, he had six run stops. After making the video, I checked to see if that was the most run tackles he’s had in his career. It’s second, trailing only the nine had had in Week 5 against Jacksonville a year ago. His athleticism, ability to shed blocks, and understanding of leverage were all on display in the win.

As always, let me know if you have any thoughts. You can leave your comments below. Thanks for watching.