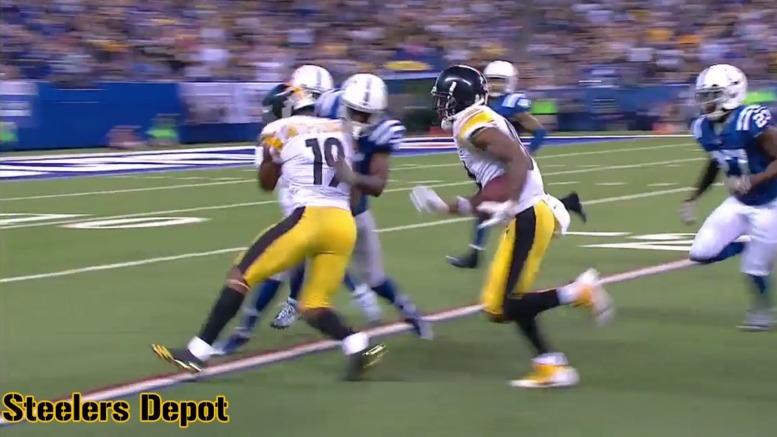 The Denver Broncos believe that they have in Chris Harris a top-flight cornerback who is capable of running with the best wide receiver that any team has to offer, even if it’s Antonio Brown of the Pittsburgh Steelers, who burned him for two scores when they last met four seasons ago.

The problem, of which they are aware, is that the Steelers have two very good receivers with the continuing emergence of second-year JuJu Smith-Schuster, who is quickly narrowing in on becoming just the first player not named Brown to record a 1000-yard receiving season for the team since Mike Wallace in 2011.

The Steelers have eight 1000-yard reasons since 2010, when Brown was drafted, and he owns six of them, Wallace the other two. While a longshot, it could happen today, as Smith-Schuster sits at 866 receiving yards, needing 134 more, which he has done a couple times before. But it’s not just what he does as a receiver that impresses Broncos Head Coach Vance Joseph.

“You can’t say he’s just a receiver when you watch him play”, he told the media during the week. “He plays with a physicality of a tight end, a defensive back. I knew in high school, watching his career, he was a receiver and a safety. He could have played safety in this league and been a starter in this league and drafted high”.

Though I haven’t seen it this season, there were times a year ago in which the Steelers would literally line up Smith-Schuster in a tight end stance on select plays, usually runs. The big slot receiver still features prominently as a blocker in those situations.

But of course it is his receiving ability that comes first. He put on a show in the fourth quarter last week, making big catches against two of the game’s top cornerbacks in A.J. Bouye and Jalen Ramsey on a double move and a back shoulder catch on which he showed late hands to hide the throw.

“JuJu is a special player because he’s a good football player”, Joseph said of him, which I think is the highest compliment you can pay to a football player in the days of intense specialization. Smith-Schuster is an old school, hardnosed football player, first and foremost, with a true love for the game and its craft that shows up on the field.

Not bad for a guy who just turned 22 and who has already become the fastest player in team history to 100 receptions. Through the first 24 games of his career, he has caught 122 passes for 1783 yards and 10 touchdowns, and he will only continue to get better.