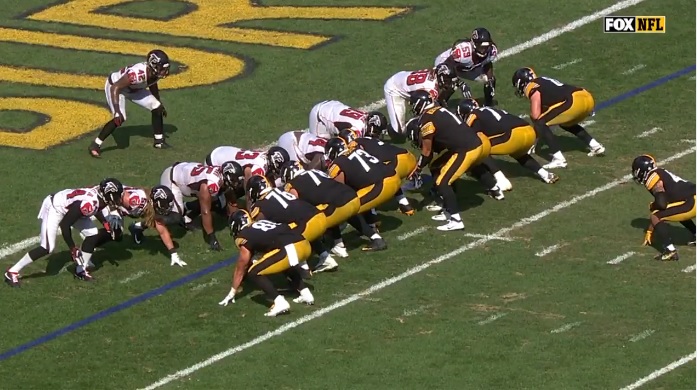 Cool sunglasses. A steady stream of cliches. People confusing him for Omar Epps. Those are the things you’ve come to expect from Mike Tomlin.

Add strong finishes of the season to that list.

It’s incredible how much success the Pittsburgh Steelers have enjoyed over their final eight games of the regular season. Since 2013, here’s their record over that time, year-by-year.

That’s not a fluke. That’s a trend. Add it up and the Steelers are a combined 32-8 over the second half of the season. Easily the best record in the NFL, a rare category where they edge out even the New England Patriots. Across the league, the top five records since 2013.

And they’re dominating the rest of the AFC North.

Even the rare losses have been close. Of those eight, only one of the Steelers’ defeats was by more than one possession, a 39-30 outcome against the Seattle Seahawks in 2015. Five others have been by five points or fewer.

A good question is: why? That’s a bit difficult to answer. Probably the best reason I can come up with is Tomlin’s obsession with conditioning. We know the drill. Each spring, then again before they break after OTAs, and once more during training camp, Tomlin harps on how important it is for each player to be in top physical condition. That nothing else matters if you’re not in tip-top shape. And if you aren’t, you’ll become Bryce Harris, who failed the conditioning test this year and was promptly cut.

That’s let his players finish stronger than the opposition. Guys who aren’t worn down by season’s end, physically and mentally checking out. Of course, usually being in the playoff race is a great incentive too. It’s hard to be as locked in if you’re a 3-10 Cleveland Browns squad.

Success like that will be tested beginning tomorrow against the Carolina Panthers, when the Steelers begin the back half of their season. It won’t get any easier from there. The Chargers, Patriots, and Saints litter the schedule the rest of the way with road matchups in Denver and Jacksonville. If the Steelers can come out of that 6-2, it’ll be the truest testament of Tomlin’s influence yet.