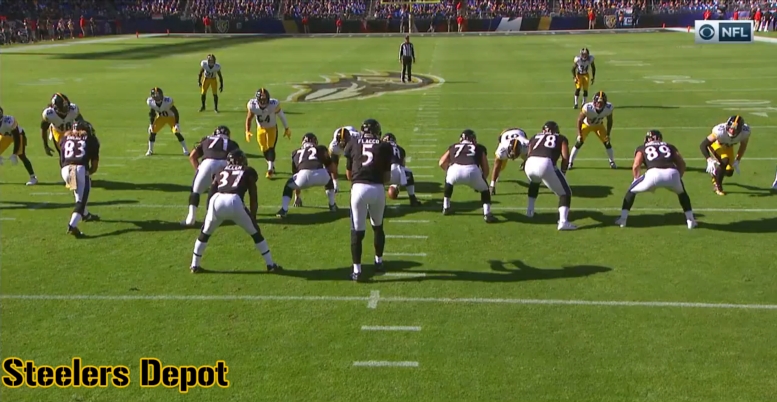 The Pittsburgh Steelers introduced a new sub-package in relation to personnel on this side of the bye week two games ago that features L.J. Fort as the lone inside linebacker on the field, along with Morgan Burnett in the dimebacker role, a look that has become prominent since then.

Burnett has logged 50 snaps over the course of the past two weeks, Fort 48. Both of them played 27 snaps yesterday, which was nearly half of the Steelers’ defensive snaps against the Baltimore Ravens.

Head Coach Mike Tomlin was asked earlier today about how Fort has been performing and how it came about to install him into the game.

Fort and Tyler Matakevich split time earlier this season in a game that Vince Williams missed due to injury, the most extensive in-season playing time on defense that he had had for the Steelers up to that point in his career, which no doubt was the catalyst for them to take a closer look at what he might be able to offer in a regular role.

“He’s helped us in some recent games with some things that he’s able to do”, Tomlin acknowledged of Fort, but he added that “it’s still very much a work in progress. All of those sub-package roles. That’s today’s NFL, multiple sub-packages and personnel groups and matchups and so forth”.

“Sub is base in today’s NFL”, he added. To give you some perspective in that regard, Javon Hargrave only played 18 snaps on defense yesterday against the Ravens. The Steelers spent the vast majority of their time with five or more defensive backs on the field, much of it with six.

“It’s a myriad of things”, Tomlin said, that contribute to the extensive usage of ‘sub-packages’ in today’s game. “Sometimes it’s down and distance or game circumstances, sometimes it’s the mentality of the position of the opponent in terms of time left in the game and their mentality. Sometimes it’s offensive personnel group. Baltimore likes the three receivers that they went out and acquires and those guys were on the field quite a bit at a time, and we better match that talent. So usually it’s a combination of those things”.

The Steelers have played eight defensive backs extensively this season in different roles and at different times, with the lone constant being Sean Davis. Terrell Edmunds and Joe Haden would be the next-closest things, along with Mike Hilton, but Burnett, Coty Sensabaugh, Artie Burns, and Cameron Sutton have all contributed as well.