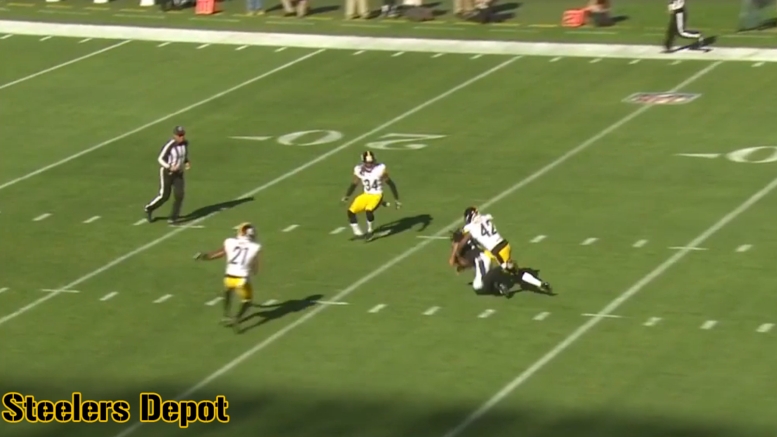 In the first meeting against the Baltimore Ravens, it was speedy wide receiver John Brown who provided the vertical damage against the Pittsburgh Steelers. He scored a 33-yard touchdown on a rare ugly rep by Joe Haden in coverage, and later added a 71-yard catch and run. On Sunday, however, in a road loss, he had just three receptions for 15 total yards, with a long of six.

That didn’t stop the Ravens’ offense from connecting on explosive plays, however. In spite of the fact that Joe Flacco only threw for 206 yards on 36 pass attempts (just 5.7 yards per attempt), he completed four passes that went for 20 yards or more, accounting for 98 yards, or 48 percent of his total passing yardage.

That was two more explosive passing plays than the Steelers had against the Ravens’ secondary, though they also had the only explosive run of the day. Still, with neither team turning the ball over, Baltimore won the TOX stat of the day, but still lost. As a reminder, the TOX differential is the number of turnovers and explosive plays one team nets over another. Teams with a plus-two TOX or better have a very high winning percentage.

In this case, the Steelers only lost that battle by one, with four explosive plays to three, but it helps that none of the Ravens’ explosive plays were particularly damaging. Their longest play of the afternoon was a 30-yard pass to Chris Moore.

In defense of John Brown, the Ravens’ longest play of the day actually was his: he drew a pass interference penalty of 33 yards against Coty Sensabaugh, though it was a foolish and unnecessary play by the Steelers’ cornerback.

That play took Baltimore from their own 37-yard line to the Steelers’ 30. While they would get all the way down to Pittsburgh’s four-yard line, however, that would be as far as they get. Quarterback Lamar Jackson took a carry on third and two but was tackled for a loss by Mike Hilton, forcing the home team to settle for a field goal.

It was plays such as those, preventing the Ravens from getting into the end zone on drives with explosive plays that helped them win their first close game of the year in which they lost the Toxic Differential. They also lost that stat by one against the Atlanta Falcons, and that also came late. The same could be said of the Cleveland Browns game the week before last.

The Carolina Panthers are a team that is able to create explosive plays in a number of different ways with their skill position players being used in creative packages or in misdirection plays that have had success, including in their past game, so today’s game will be yet another challenge.