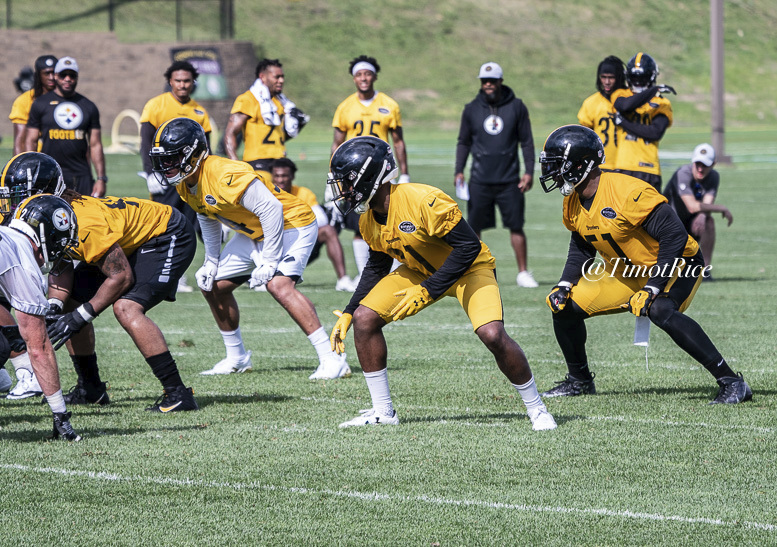 As we will do every Saturday to get you ready for the week’s game, our X Factor of the week. Sometimes it’s a player, unit, concept, or scheme. What will make or break the Pittsburgh Steelers during tomorrow’s showdown against the Carolina Panthers.

Bostic has played well enough this year. Far from a proper replacement for Ryan Shazier, then again, who is, but it’s hard to be mad about the job he’s done. But Carolina is going to be one heck of a test. I say that for two reasons.

One, the Panthers have great athletes and love to get the ball in space. End arounds or reverses to their receivers. Splitting Christian McCaffrey out wide, creating mismatches on linebackers. They’ll throw screens to all of them. Bostic is a touch more athletic than what he’s credited for but on paper, he’s at a serious disadvantage. Can he find the ball and take the right angle to make up for that lack of speed?

The other problem is playaction. Bostic plays the run well but that, in part, stems from his aggressive nature. He wants to shoot downhill and blow the blocker up. That leaves him vulnerable to getting fooled on playaction, leaving holes over the middle of the field where he was supposed to be.

Like here, early last week against the Baltimore Ravens, one of many examples I could show you from over the course of the season.

And the Panthers love to run playaction, get those linebackers suckered in and then throw crossing routes behind it. On a short week, with a watered down gameplan, you can bet they’ll be relying on those staple concepts. You’ll see examples of those in tomorrow’s Panthers’ scouting report here on the site.

Bostic is going to have to be as disciplined as anyone on the Steelers’ defense. Though he isn’t playing much on third and long, Pittsburgh has smartly made L.J. Fort the dime linebacker, the Panthers run enough 12/21 personnel that will have him out there a majority of the snaps. He’s gotta be at his best.