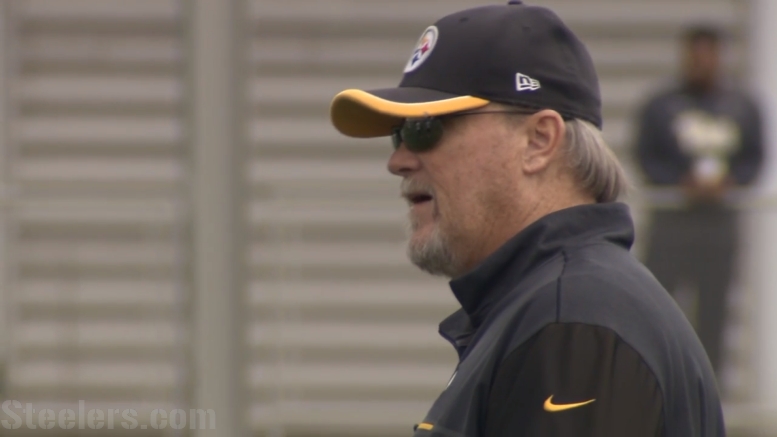 As we will do every Saturday to get you ready for the week’s game, our X Factor of the week. Sometimes it’s a player, unit, concept, or scheme. What will make or break the Pittsburgh Steelers for Sunday’s matchup versus the Denver Broncos.

As far as new offensive coordinators go, Randy Fichtner has had it pretty easy. Don’t confuse that with him having a cakewalk, he’s sincerely done a nice job, improving this team in key areas of situational football. Their third down percentage has improved by a couple points while the red zone defense has skyrocketed up the charts, now second in the league. He deserves credit for that, no question about it.

But hey, the dude entered his role with a Hall of Fame quarterback, wide receiver, a stud in the making in JuJu, and a top five offensive line playing as well as anyone this year. It’s like being Bill Gates’ kids. Yeah, you still gotta work for it, but you woke up standing on third base.

Denver is going to be a big challenge and test Fichtner. They’re a talented, aggressive defense with two of the top pass rushers in the league. It’s on the road, always upping the difficulty, and they could be starting a rookie right tackler if Matt Feiler can’t go, currently listed as questionable. He’ll have to come up with a plan to slow down Von Miller, backs chipping and keeping tight ends to help out.

Fichtner is going to need to be creative in coming up with a plan to slow Miller down. And at the same time, find ways for his receivers to win. If the tight end stays in, there’s less receivers in the pattern, and the Broncos have the players in the secondary to match up.

So what will his gameplan be? He’s done a nice job of creating route combinations to get receivers free, especially against press man, but like I said, with a tight end tasked to block, it’ll be tougher. Excited to see what he comes up with this weekend. And if he’s earned the moniker of being one of the top OCs in football.