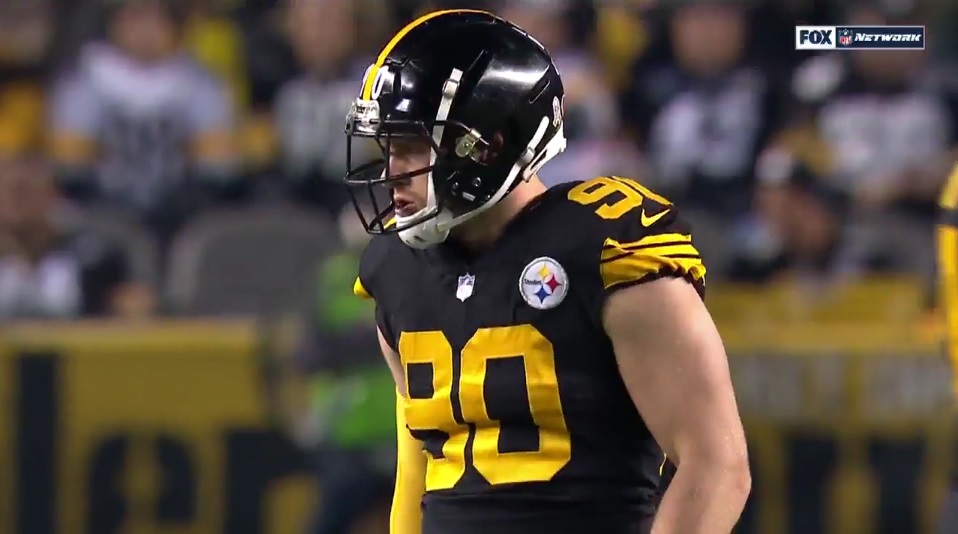 1. The defensive line stays on their feet.

Denver might not have the prettiest offensive line in the NFL, filled with names you swear were generated for Madden’s rookie class: Eli Wilkinson, Billy Turner, Connor McGovern. Not exactly Pro Bowlers, I know. But one thing this front five knows it how to be physical. They’ll put you on the ground. The tackles too, where they’ve seen more stability and have a couple of big bodies in Garett Bolles, a former first round pick, and Jared Veldheer.

The run game is #1 in the NFL for a reason. Can’t get cut on zone blocks, can’t get washed on double-teams in their power run game. With Stephon Tuitt out, this defensive line will be tested again.

2. Randy Fichtner comes up with some man beaters.

That’s why I highlighted him as this weekend’s X Factor. With the backs and tight ends having to chip and stay in to help out the line, the route tree and concepts will be more limited. But Fichtner will have to find a way to get his receivers open against man coverage versus a talented Broncos’ secondary.

Look for him to run some of those pick/rub plays we mentioned yesterday, especially to shake Antonio Brown free from Chris Harris, their top dog at corner.

3. Special teams blocks it up.

One thing that makes me very nervous for this one. Denver has blocked three kicks this year: a field goal, extra point, and punt. Great athletes have made that happen, like safety Justin Simmons’ 40 inch vert that let him leap over the line for a blocked field goal, and guys who play with good technique and high effort.

We’ve all seen how close those edge rushers can get to Chris Boswell. One mistake and it could change the game. Counting on you, Danny Smith.

Who are their gamebreakers? Circle two names, both rookies. Running back Phillip Lindsay and wide receiver Courtland Sutton. Electric players who have routinely produced big plays; Lindsay is 5th in yards per carry, Sutton leads the NFL in yards per catch.

To their credit, this defense has done a fantastic job of keeping a lid on things. But that’ll be tested again against this bunch, who are driven through those kind of big plays.

2. Running the football is again ineffective.

I wasn’t surprised to see James Conner and company struggle on the ground against Jacksonville. But they should have more success against Denver and it’ll be disappointing if they don’t. It’s a group they should be able to run on. Also a key bounce back game for Conner, coming off his legitimately first “bad” game of his career in rushing and receiving.

You don’t need to run for the sake of running. But being able to so you can do so situationally is obviously critical.

Saving the obvious for last. Step number one is blocking up Von Miller and Bradley Chubb, the number one sack duo in all of football, a combined 19 QB takedowns already. Will take a full-team effort to slow those guys down. And whichever side isn’t getting the help will be singled up, no easy task either. Either Matt Feiler or Chukwuma Okorafor are starting this afternoon, putting Pittsburgh at a talent disadvantage. Feels like pass rushers are starting to get a read on Feiler too, now that there’s multiple games of tape on him to study his strengths, weaknesses, and tendencies.