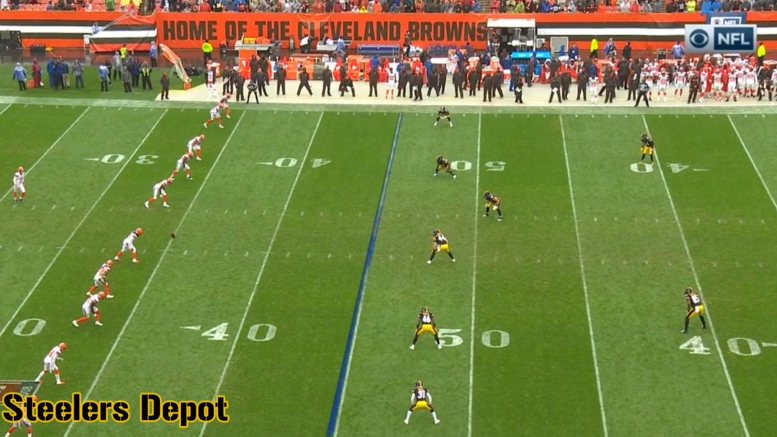 Thursday, Matthew Marczi wrote about Ryan Switzer’s effectiveness as a punt returner. And there’s no debate about that. He’s been an asset and that part of the return game has seen a significant improvement from last year without having to put Antonio Brown out there.

I wish I could say the same about their kick returns. Unfortunately, the Steelers rank about the same as last season. Which definitely wasn’t the plan when they traded for Switzer.

For 2018, the Steelers rank 28th in kick return average, coming in at just 19.5 yards per try. Compare that to 2017 when the Steelers finished 29th and 19.1 yards per kick return. Hardly any difference, obviously. Switzer’s longest kick return this year is just 35 yards, ranking Pittsburgh in the bottom half of that category.

For context, that’s not all Switzer’s fault. It’s the kick return unit and one player can’t magically turn it around. If the blocking isn’t there, it doesn’t matter if Devin Hester is fielding kicks. The blame is shared for all 11 men. Regardless, it’s one area that needs to improve.

In 2017, at least there were some obvious excuses. The Steelers screwed things up by beginning the year with Terrell Watson and JuJu Smith-Schuster on kick return duties, two guys who didn’t do it in the preseason, and took time to build chemistry with their unit. Switzer is in a similar boat, adjusting to his new team, but with a much more extensive background in the return game and plenty more success.

In Dallas last year, he averaged 25 yards per kick, third best among qualified players. This year, with that ugly sub-20 average? Tied for second-worst.

Sure, there’s always context worth adding to why the number looks the way it does. Squib kicks that land to the upback, one ugly return that can skew the numbers, you get the idea, but those are issues all teams deal with. Not something you can cherry pick exclusive for the Steelers.

Pittsburgh doesn’t need to lead the league in kick returns. But if the point of the Switzer deal was to get better here, and it undoubtedly was, then they need to get out of the basement they’ve been in since last year.