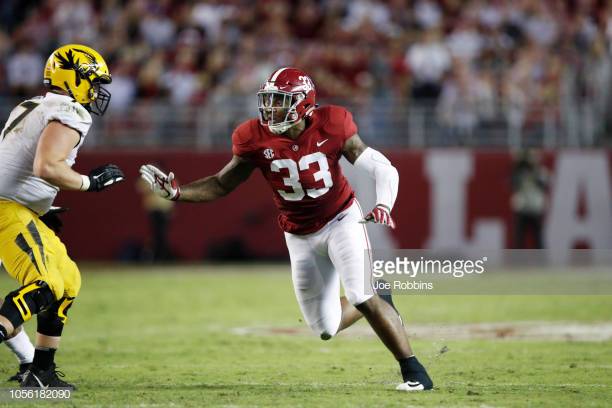 If you were watching a couple college football powerhouses play this weekend, odds are strong several Pittsburgh Steelers’ scouts were too. According to reports from those in attendance, scouts showed up at the Ohio State/Michigan State and Alabama/Mississippi State games this weekend.

13 teams are expected to be on-hand for the Alabama/Miss St. game today. Scouts from the Chiefs, Giants, Dolphins, Jaguars, Ravens, Panthers, Jets, Steelers, Bills, Lions, Eagles, Titans, and Bears are credentialed to be in attendance.

To put this in context, scouts are showing up to a slew of games throughout the season. Heck, we talked about the interest in Josh Allen last year. So largely, these are just some notes to file in the back of your mind, but with Pittsburgh off today, something worth mentioning.

For the Buckeyes, DE Nick Bosa is their top prospect. But an injury cut his season short and he left the team to prepare for the NFL Draft. He’s nearly a slam-dunk candidate to be drafted in the Top Five and could very well end up being the first player taken come April.

DT Dre’Mont Jones, WR Parris Campbell, and ILB Tuf Borland are all considered top prospects though Jones and Borland are underclassmen and would have to declare.

Alabama, like usual, has a wheelbarrow full of top prospects. Linebacker Anfernee Jennings might be the player the Steelers are most interested in. He has 5.5 tackles for loss and 3.5 sacks on the season. Mississippi State’s Montez Sweat is considered one of college football’s best pass rushers, already with 12.5 TFL and 10 sacks on the year. He’s a senior so he will definitely be in this draft class and is likely a first round pick.

Both games ended up being pretty dull. Ohio State and Michigan State wound up being a slopfest while Bama shut out the Bulldogs 24-0. But the important evaluations are the individuals, not the scoreboard. I’m far from being in draft mode so if you think there are any prospects the Steelers could be interested in, let us know in the comments below.

Once the pre-draft process begins, recent history tells us where Mike Tomlin and/or Kevin Colbert attend on the Pro Day circuit is the biggest indicator of who they’ll select in the first round. That’s been true for the last nine draft classes. The last exception was in 2009, when they took Ziggy Hood without attending his workout.