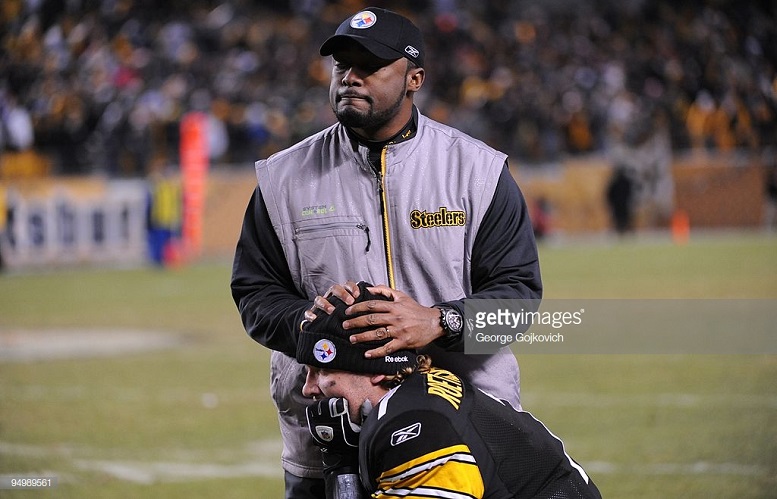 The Pittsburgh Steelers are now on a mini bye week of sorts following their Thursday night home win over the Carolina Panthers and their next game will be a week from Sunday on the road against the Jacksonville Jaguars. While there will be obvious concerns from fans about the Steelers possibly having a letdown game against the Jaguars after suffering two last season to them, the team does have a favorable history under head coach Mike Tomlin when it comes to games played following a Thursday game.

Under Tomlin, the Steelers have a 9-3 record in games played following a Thursday night game and they’ve won their last five such contest of which two were on the road. The Steelers last loss following a Thursday game was in 2013 when they were beaten at home in Week 14 by the Miami Dolphins. If you don’t remember that snowy game at Heinz Field, here are the highlights. 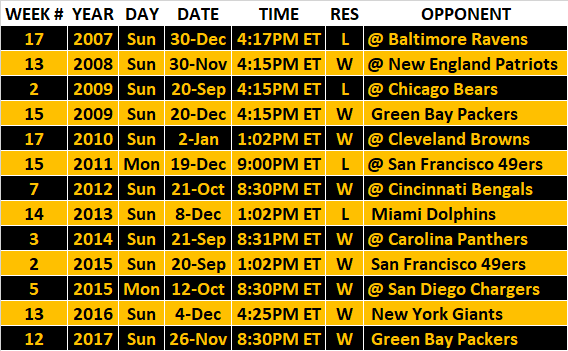 For his career, Steelers quarterback Ben Roethlisberger is 9-4 in games following Thursday night contests. In those 13 games, Roethlisberger threw 24 touchdowns and 11 interceptions on his way to compiling a quarterback rating of 97.6. Three of those interceptions came in a 2011 Week 15 road loss to the San Francisco 49ers. That was the infamous power outage game at Candlestick Park that included Roethlisberger playing with an injured ankle. Here are the highlights from that contest in case you don’t remember.

Roethlisberger has even had a 500-yard passing game following a Thursday contest and that performance came in a 2009 Week 15 home game against the Green Bay Packers. His third and final touchdown pass in that 37-36 Steelers went to wide receiver Mike Wallace as regulation time expired to essentially win the game. Here are the highlights from that unforgettable contest in case you don’t remember.

While Roethlisberger will enter the Week 11 road game with a career record against the Jaguars of 4-5, including two playoff losses, 3 of his 4 wins came in games played in Jacksonville. His lone loss to the Jaguars in Jacksonville was a Monday night game and his 38.7 quarterback rating in that 9-0 loss is his eighth lowest of his career.