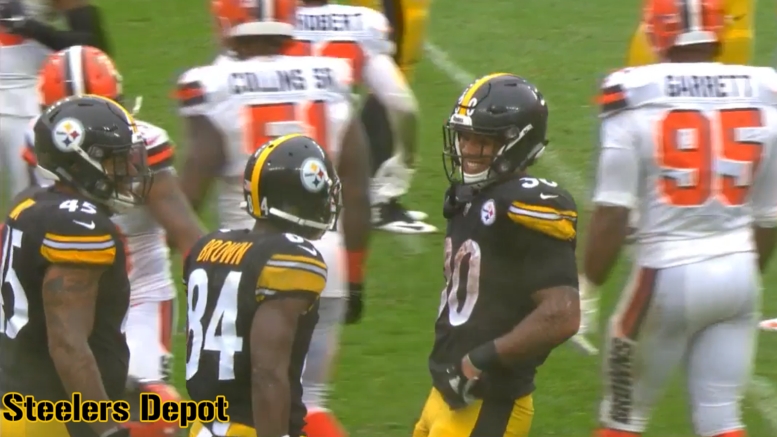 Voting for the 2019 Pro Bowl has been underway for one full week as of Wednesday and the latest results released by league shows that the Pittsburgh Steelers have two players in the top 10 vote-getters.

Fan voting for the 2019 Pro Bowl presented by Verizon will continue online and on web-enabled mobile phones at NFL.com/ProBowlVote until Thursday, December 13.

During the final two weeks of 2019 Pro Bowl voting – November 29-December 13 – fans will also be able to vote directly on Twitter. To cast such a vote, fans should tweet the first and last name of the player, the player’s official Twitter handle, or a hashtag including the player’s first and last name. All three of these methods must include the hashtag: #ProBowlVote. Voting via Twitter is in addition to the online ballot at NFL.com/ProBowlVote, which will be available throughout the entire voting period.

The 2019 Pro Bowl presented by Verizon, which kicks off at 3:00 PM ET, will be televised live on ESPN, ESPN Deportes, Disney XD and simulcast on ABC – the second time the game will be available on both broadcast and cable networks, and the first time that the game is being televised on Disney XD.

Players for the game are determined by the consensus votes of fans, players and coaches. Each group’s vote counts one-third toward determining the 88 All-Star players who will be selected to the Pro Bowl. NFL players and coaches will cast their votes on Friday, December 14.

Pro Bowl rosters will be announced on Tuesday, December 18 live on NFL Network’s Pro Bowl special “NFL Total Access: Pro Bowl Players Revealed” at 8:00 PM ET. The NFL is the only sports league that combines voting by fans, coaches and players to determine its All-Star teams. It was also the first professional sports league to offer online all-star voting in 1995.