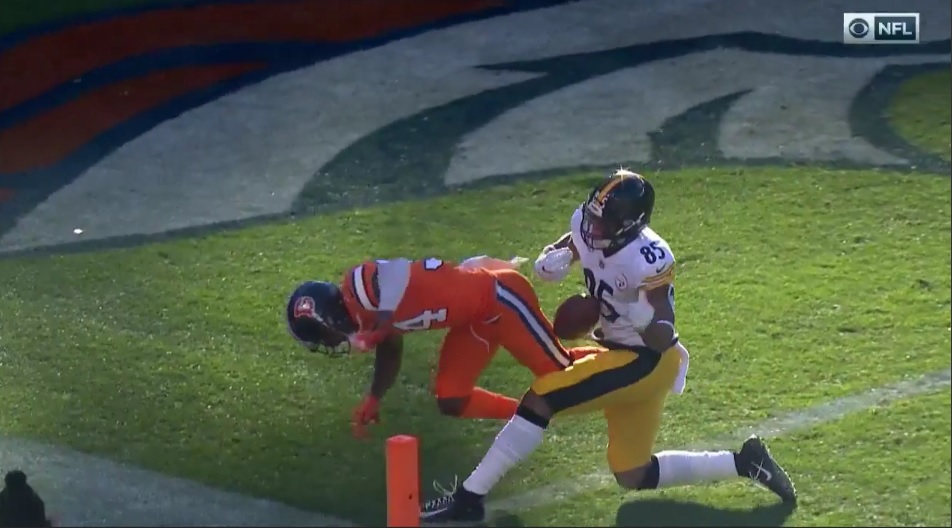 Denver made the key plays. Pittsburgh didn’t. An accurate way to sum up what happened in Sunday’s 24-17 to the Broncos. Too many turnovers. Not enough splash the other way. Bitter as the loss may be, and it definitely was, players are confident they’ll bounce back.

“Heck yeah man, shoot, just don’t turn the ball over man,” Maurkice Pouncey told reporters when asked if the Steelers could go on another win streak.

Yesterday’s loss snapped six consecutive wins, the third time in as many seasons Pittsburgh has had such a streak. Stacking a similar six weeks of play won’t be easy, starting this Sunday night with a matchup against the Los Angeles Chargers. They know a thing or two about bouncing back from losses to Denver. After falling to them two weeks ago, they blew out the Arizona Cardinals, drubbing them 45-10. Philip Rivers started the game 25/25, tossing three touchdown passes. The defense held Josh Rosen and company to 149 total yards of offense and just ten first downs.

New England and New Orleans remain on the horizon, too.

Not turning the football over would sure be a good start to getting back to their winning ways. The Steelers know that. As sloppy as the game became offensively, the odds of those fluke plays of happening again are low.

“Turnovers are one of those fluky things,” David DeCastro said. “Ball like James’ gets knocked out, you’re like, ‘come on.’ [Grimble’s] play, I mean…that’s football though. That’s how it goes.”

If there’s any consolation to the loss, the Steelers’ offense moved the ball almost at will. Ben Roethlisberger carved up the Broncos’ secondary and could’ve had an even bigger day had James Washington secured his pass or Ben connected with JuJu on the first drive of the second half.

But that’s how this game turned out. Lot of could’ve. Would’ve. Should’ve. They didn’t. And they were rightfully stuck with the loss.