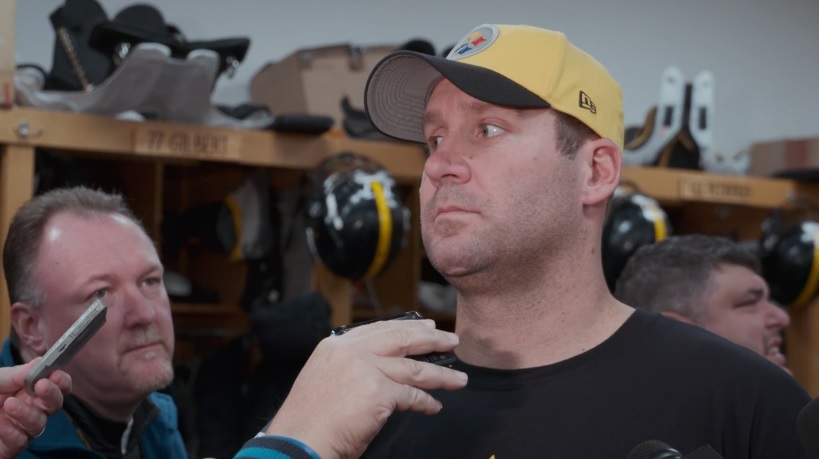 Ben Roethlisberger, like most of you, I’m sure, is tired of talking about Le’Veon Bell. Thankfully, the “will he, won’t he” about him showing up was answered yesterday. Though that was the expected outcome based on weekend reports, Roethlisberger did note he reached out to Bell before the 4 PM deadline.

“I texted him yesterday before the deadline, telling him I was hoping he would show up,” he told reporters Wednesday morning. “And if he decided not to, I wished him nothing but the best. He was a great teammate and great football player.”

In a follow up question, Roethlisberger said Bell hasn’t texted him back.

“Was” is the key word in that quote, now that it’s near-certain Bell has played his last down in a Steelers’ uniform.

Communication between Bell and the Steelers has been incredibly limited since contract negotiations broke down in the middle of July. The only person we know he’s talked to at all is James Conner, texting him after the Cincinnati Bengals game exactly one month ago. But even Conner confirmed Bell hadn’t spoken to him since and communication between the two had been sporadic.

At his press conference Tuesday, Mike Tomlin said there have been cases where players have stopped speaking to him and/or the team though he didn’t get into specifics for obvious reasons. He also didn’t say if that happened while he was in Pittsburgh or at other points in his coaching career.

Beyond that nugget about texting Bell, Roethlisberger wanted to turn the page on the saga.

“Like I said, the good thing is that we don’t have to talk about it anymore,” he said when asked about his emotions of how everything was handled. It was a line he repeated several times throughout the seven minute media scrum.

Who knows when or if Bell will ever give his side of the story. At some point, he’ll be directly in the media spotlight. At the least, when he signs with a new team in the offseason. But by then, he may not want to talk about the way things ended in Pittsburgh. Maybe we’ll have to wait for his next rap album to get our answers.