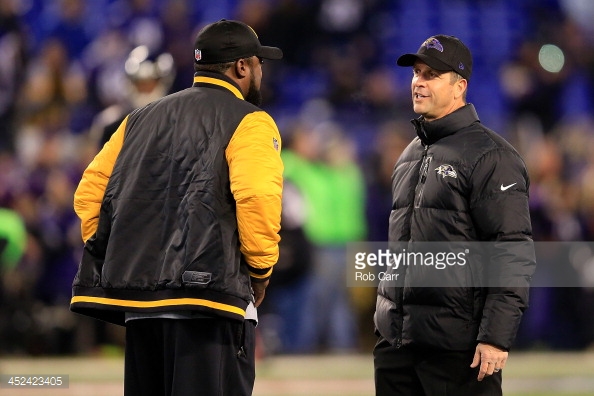 It’s a stretch to say the Pittsburgh Steelers are the reason the Baltimore Ravens will fire head coach John Harbaugh. But it feels like they were the final nail in the coffin.

According to this CBS report from Jason La Canfora, the Ravens are expected to “part ways” with Harbaugh at the end of the season. From his report:

“The odds of Harbaugh being back in Baltimore in 2019 are quite bleak, according to several sources close to the situation, with next year set to be the final year of his contract. There will not be another one-year extension forthcoming, I’m told (Harbaugh agreed to such a deal prior to last season to avoid a looming “lame duck” season), and with rising general manager Eric DeCosta set to take over for Ozzie Newsome after the season, and the Ravens facing a possible roster overhaul, there is a strong sense that these sides will be moving on amicably.”

The report does note an in-season firing is unlikely and Harbaugh will almost certainly finish out the season, regardless of how the rest of 2018 goes.

Baltimore is currently on their bye week but have watched their playoff hopes fade over the last month. They’ve lost three in a row and four of their last five, tumbling down the standings after a promising 3-1 start. Their last loss came to the Steelers, a 23-16 defeat where Pittsburgh controlled things from star to finish. Now, starting quarterback Joe Flacco’s status is unclear with a hip injury. His future could be just as much in doubt as Harbaugh’s though La Canfora’s report doesn’t offer any speculation to that situation.

It’s the big picture that has the team likely moving on. Assuming they don’t turn things around in 2018, the Ravens will have missed the playoffs for the fourth straight year. They’ve won just one playoff game since their Super Bowl victory over the San Francisco 49ers in 2012.

Harbaugh was hired in 2008, one year after Mike Tomlin, and made up one of the NFL’s most stable head coaching divisions. Marvin Lewis was hired by the Cincinnati Bengals in 2003, even if it’s sorta inexplicable that he’s still there having never won a playoff game. Only Bill Belichick, Sean Payton and Mike McCarthy have been with their current teams for longer than a decade.