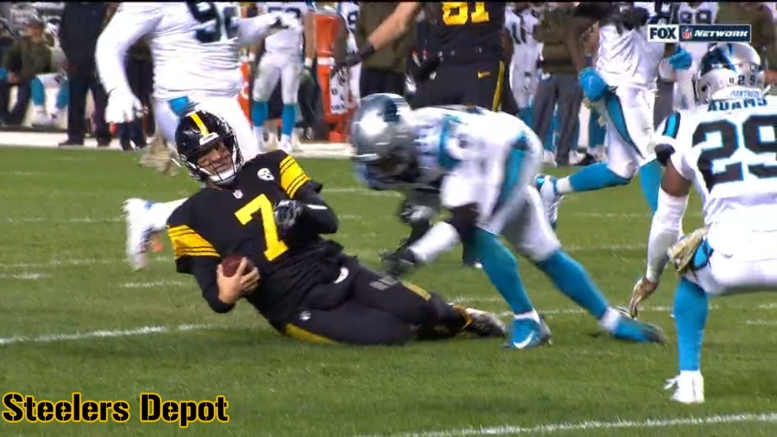 Not surprisingly, Carolina Panthers safety Eric Reid was a little lighter in his wallet the past week.

According to Tom Pelissero of the NFL Network, Reid was fined $10,026 for his hit to the head and neck are of Pittsburgh Steelers quarterback Ben Roethlisberger with 1:23 left in the third quarter of the Week 10 Thursday night game at Heinz Field.

#Panthers S Eric Reid was fined $10,026 for the shoulder into Ben Roethlisberger's head that led to Reid's ejection last week.

Reid lowered his shoulder and hit Roethlisberger in his helmet following the Steelers quarterback scrambling and then sliding feet-first for 18 yards on a 3rd and 8 play that started at the Panthers 32-yard-line. Several Steelers offensive line quickly took exception to Reid’s hit after hit happened.

“Ben’s the franchise quarterback,” Steelers center Maurkice Pouncey said after the game. “He means a lot to this organization, obviously to this football team. I could see if he was pulling his shoulder down trying to hit a guy, but he was giving himself up. That shouldn’t happen, but Eric Reid did apologize, so I give him credit for that.”

Not only was Reid penalized for his illegal hit on Roethlisberger, he was also ejected from the game after the play was reviewed by league officials in New York.

Roethlisberger confirmed after the game that Reid did apologize to him after delivering the hit.

Reid’s teammate, defensive tackle Vernon Butler, was also fined $10,026 for unnecessary roughness in the game against the Steelers for his hit in the end zone on tight end Vance McDonald.