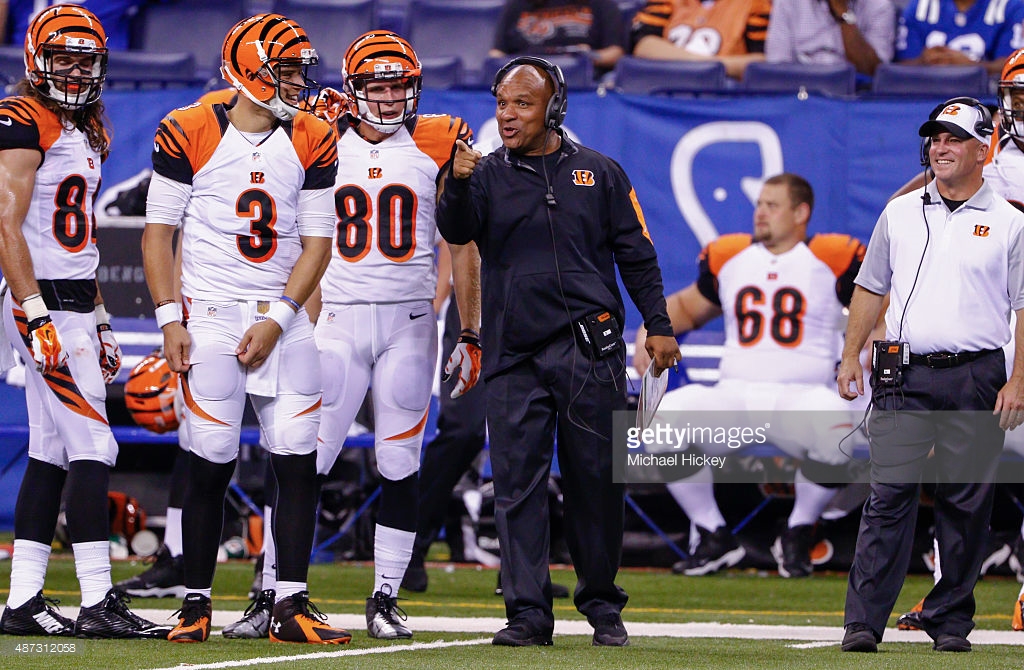 They say you can’t come home again. While that may end up applying to Le’Veon Bell, whoever says that hasn’t met Hue Jackson, who is now officially embarking on his third unique stint with the Cincinnati Bengals, named yesterday as Special Assistant to Head Coach Marvin Lewis.

Jackson was most recently the head coach of the Cleveland Browns for the past two and a half seasons before he was fired following a blowout loss to the Pittsburgh Steelers eight games into the 2018 season, during which he posted a 2-5-1 record. He finished his 40-game tenure in Cleveland with a 3-36-1 record.

Prior to that, he spent four years with the Bengals from 2012 through 2015, serving in various roles, first as the defensive backs coach, then as the running backs coach, and finally in the last two seasons as the offensive coordinator.

So this is the fifth different title that Jackson has had in eight years over three separate stints with the Bengals. Lewis never wanted to lose Jackson in the first place, so it’s no surprise that he was quick to bring him back after he made the decision to fire their defensive coordinator, Teryl Austin.

“I have a great comfort level with Hue and his ability to assist me with the day-to-day responsibilities on defense, including analyzing our opponents and helping me on game days with the players and defensive coaches”, Lewis told reporters yesterday after the hiring was made official.

Although almost his entire coaching career even going back to the college level has been working with the offensive side of the ball, Lewis did have Jackson on board for one season as his defensive backs coach.

The latter will surely be wearing many hats for Lewis over the course of the remainder of the season, pretty much wherever he is needed, whether that is working with the defense or throwing his voice into an offensive discussion or managing head-coaching duties

It will be interesting to see how this plays out for Jackson for the 2019 season, or if he chooses to remain on-board in Cincinnati with an eye toward being Lewis’ successor, as was previously discussed when he took the job in Cleveland.

He didn’t have any issues accepting a position coach role when the Raiders fired him. He has no issues working his way back up the pecking order. But if he can have a ready-made job waiting for him, that would certainly work out to his advantage.