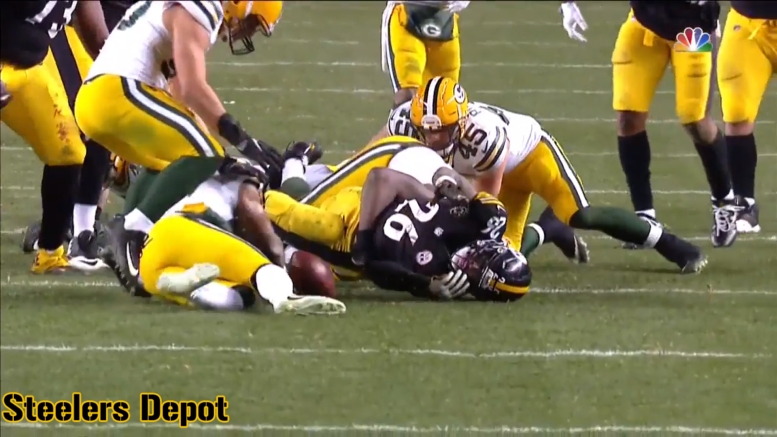 I’m not normally one to wear hats, personally speaking, as a member of the longhaired community of heavy metal fans—let alone one made out of tinfoil. But I’m sure Dave Bryan won’t mind if I borrow his tinfoil hat just a bit in order to write out this article in the aftermath of the awarding of the No-Bell Peace Prize.

So, as our fearless leader has warned us, just because Bell is officially not going to be playing football in the NFL in 2018 doesn’t mean that he is not going to be talked about. In fact, there are a few angles in which he can and will be talked about that even tie into the possibility of the Pittsburgh Steelers applying the transition tag to him next year, which I’ll get to myself in a later article.

But here’s one to think about. The Steelers applied the franchise tag to Bell two years in a row. He is only the third player to get that treatment, the first two being Karlos Dansby and Kirk Cousins. Both of them played under the tag and were rewarded handsomely in the end. Bell chose a different route, fearing injury, and even abuse by a team he knew he wouldn’t be playing for in 2019.

But the franchise tag is in the Collective Bargaining Agreement because the owners want it there. Bell, and his agent, are thinking as if they have found a loophole that will prevent teams from wanting to use the franchise tag as a cudgel, with agents reportedly even taking interest for the future about whether or not the threat of withholding services will become a meaningful negotiation weapon for tagged players.

But there is a fairly clear and easy way that the league’s owners can combat this, and that would be collusion, informal or otherwise. The franchise tag is a tool that benefits all 32 teams. Bell can only benefit one team.

If Bell meets a market in 2019 that makes it difficult to justify his turning down the contracts that the Steelers offered him over the course of the past two offseasons—even if they are ‘better’ in a minor fashion, such as slightly more fully guaranteed money, or fully guaranteed money beyond the first season—then it could hardly be considered a win for Bell’s decision.

I do not believe for one second that the league’s owners never engage in any kind of collusion in this fashion. Does that mean that I think it will happen in this case, or even that it’s likely? I actually don’t. A team like the New York Jets may very well throw a stupid amount of money at him, that they will likely regret doing.

But would it surprise me if he meets with a market less spectacular than he dreamed of? Certainly not. And that’s something all 32 teams would have reason to smile about. So, I’m not saying…I’m just saying. I now tip my hat, and place it back in Dave’s basement.