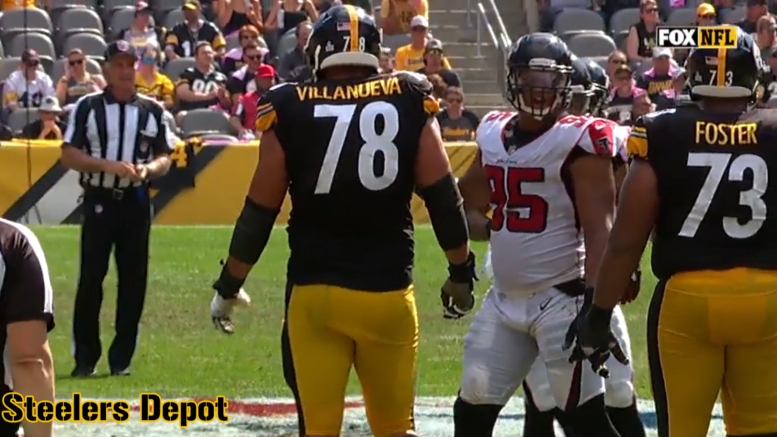 Alejandro Villanueva will be featured on Fox’s pregame show in honor of Veteran’s Day, according to Pittsburgh Steelers assistant PR man Dom Rinelli. He sent out this tweet of the interview earlier Saturday afternoon.

As his tweet indicates, Fox will host its show in Fort Benning, Georgia this weekend, where Villanueva trained after graduating from West Point.

His story is well-known but one worth retelling. An Army Ranger who served three tours in Afghanistan, totaling 18 months of deployment. He was awarded a Bronze Star after rescuing fellow soldiers in an ambush, as told by the Pittsburgh Post Gazette in 2015.

“A firefight had broken out between the Taliban and Afghan civilians, and, in trying to protect them, Lt. Villanueva had unknowingly led his troops into an ambush. The Taliban was waiting in the dark for Villanueva, the 6-foot-9 man known as “The Giant,” and opened fire, wounding three soldiers. Two of them survived, but Pfc. Dietrich, 20, bled out through the hole in his back moments after Lt. Villanueva had carried him from the fray and loaded him onto a helicopter.”

Just this week, before kickoff against the Carolina Panthers, Villanueva shook hands of every service member on the sideline, as part of the Steelers’ Salute to Service Week.

Alejandro Villanueva, a decorated Army Ranger and @steelers OL, just took a moment to greet these troops before kickoff against the Panthers. 🙌 #SaluteToService pic.twitter.com/I9pKn1pjBL

He was also recently highlighted in this video by the Department of Defense highlighting the parallels between football and the military.

From defending his country to defending the quarterback!#Pittsburgh @Steelers’ offensive tackle #AlejandroVillanueva says his @NFL career and his former #military career have some similarities. #KnowYourMil #VeteransDay
More on #VeteransWeek: ➡️https://t.co/z3U7kjzavb pic.twitter.com/ry1hJU43D9

Villanueva is enjoying the best season of his football career and makes up arguably the best offensive line in football. But Veteran’s Day puts things in perspective, that football is just a game, and we at Steelers Depot thank all of our readers who have or currently our serving.