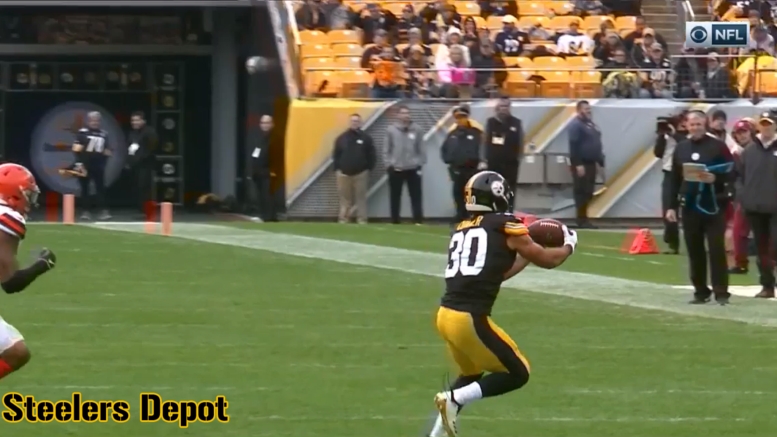 We all know by now that Le’Veon Bell did not show up by 4 p.m. on Tuesday afternoon, thus making him ineligible to play for the rest of the 2018. The Pittsburgh Steelers also came to a realization a long while ago that the team could survive and even thrive without their star running back. Even without Bell’s services, the team sits at 6-2-1, in the midst of a five-game win streak that has them seeded as the AFC’s number two seed. While running back James Conner has erased any doubt over Bell’s absence in the backfield, he has also replicated Bell’s ability as a receiver, that is with a bit of help.

The Steelers have effectively replicated Bell’s pass catching ability with Conner and wide receiver Ryan Switzer. Not only has the duo’s on field production surpassed Bell’s but it has been a cost-effective move as well. While Bell was scheduled to make $14.544 million this season, which has now been forfeited entirely, Conner and Switzer have matched, if not surpassed Bell’s production for just $1.3 million combined.

As a receiver, Bell’s role in the offense is to be a reliable dump off option for quarterback Ben Roethlisberger and to move the chains, that is to produce first downs. In 15 games last season, Bell recorded 85 receptions, with 32 of those receptions earning the Steelers a fresh set of downs. Through nine games this season, Conner and Switzer have almost matched Bell’s total for receptions that move the chains and over a 15-game projection (the same amount that Bell played in 2017), the duo are projected to blow past the running back in all major receiving categories.

Through just nine games, Conner and Switzer are already just 149 receiving yards short of Bell’s total for 2017 and most importantly, are just six receptions for first downs behind him. The duo have been more efficient at making their receptions count, moving the chains on 45.6% of their catches. Should the duo continue at this rate, their numbers would surpass all of Bell’s totals – receptions, receiving yards, and first downs from last season. 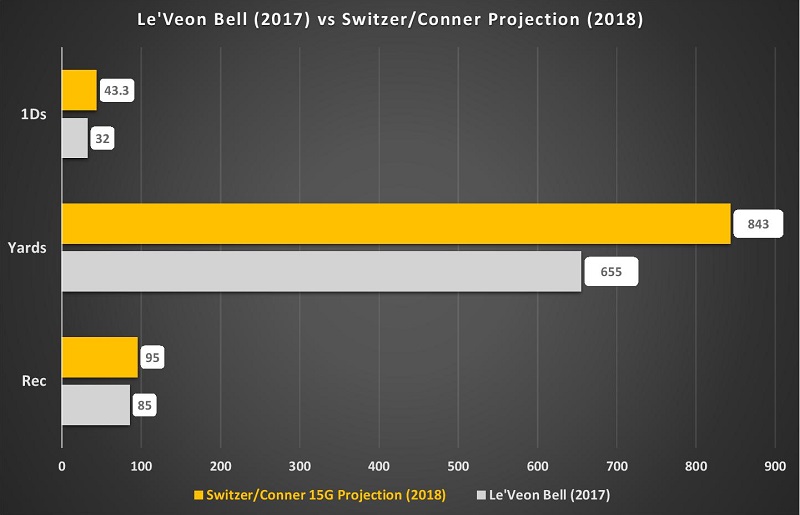 Conner and Switzer are on pace for 95 receptions for 843 receiving yards with just over 43 of those receptions projected to move the chains. The Steelers have done this by not handing all of Bell’s duties to one player, a burden that majority of the NFL would be unable to carry. Instead they have allowed Conner to replicate Bell’s pass catching and pass blocking duties out of the backfield and relied on Switzer to be Roethlisberger’s security blanket in the slot.

The obvious short coming of the Steelers’ solution is taking a one-man job and turning it into a two-man job but when the one individual either requires too much pay or fails to show up at all, a two-man job has turned out to be the most effective and cost-efficient solution. The Steelers are projected to get over 100% of Bell’s production as a pass catcher for just 8.9% of what it would have costed them should Bell have elected to play this season.