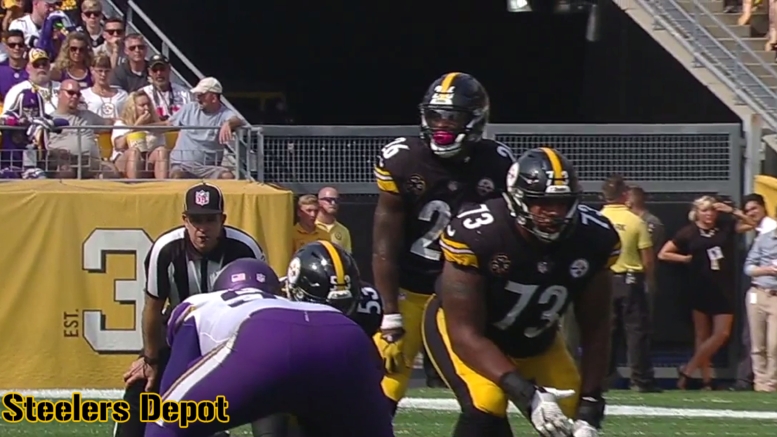 The Pittsburgh Steelers got to play on Thursday for Week 10, so there is a lot more time than there ordinarily would be between their Week 10 game and the Tuesday of Week 10, but either way, we are finally in the home stretch of the Le’Veon Bell saga. He will either be here by 4 PM on Tuesday or not at all, and probably never again thereafter.

On a night on which the team scored the most points it has put up in more than a quarter of a century without Bell, with six different players on offense scoring a touchdown, including two different running backs in two different ways, most Steelers players had no interest in talking about him.

After the game, Ben Roethlisberger was asked a question about Bell, but he said that he didn’t want to discuss any players that weren’t in the locker room. Most players declined similar questions, even though team President Art Rooney II said earlier in the day that he believes Bell will report and that he hopes to be in communication over the weekend.

Ramon Foster was the rare breed that was willing to give any type of answer about his possible-teammate, telling Jeremy Fowler, “if he’s here, I’ll love it. But that’s as far as I’ll go”. Foster, the team’s chief union representative, offered the harshest words for Bell on the day that he first failed to report when he was expected, but he wasn’t the only one.

Since then, as James Conner has continued to roll, already recording 11 touchdowns from scrimmage in nine games—tying Bell’s career-high in touchdowns for a single season—questions about Bell have only been a source of annoyance.

Most of his teammates, or at least many of his teammates, still love Bell and believe he can be an asset to the team. That doesn’t mean that they’re not tired of the drama that he has caused, and especially of his keeping them in the dark, for whatever reason he might have for it.

That seemed to be the primary issue that most everybody had when he first failed the show up. It wasn’t that he wasn’t there. It’s that he led everybody to believe that he would be there, and then wasn’t. He kept his own friends and teammates in the dark and made them look foolish after they said he would be there.

Almost all of it, however, is now water under the bridge, and that creek is about to run dry, one way or the other. Bell has five more days to decide whether or not he is going to play in 2018, which may go a long way toward determining what type of relationship he is going to have with his friends on the team in the future.

Either way, they will move on with or without him—some, such as Mike Florio, even speculating that they are hoping it’s without. The team was reportedly interested in moving him via trade, though that’s of course now impossible.