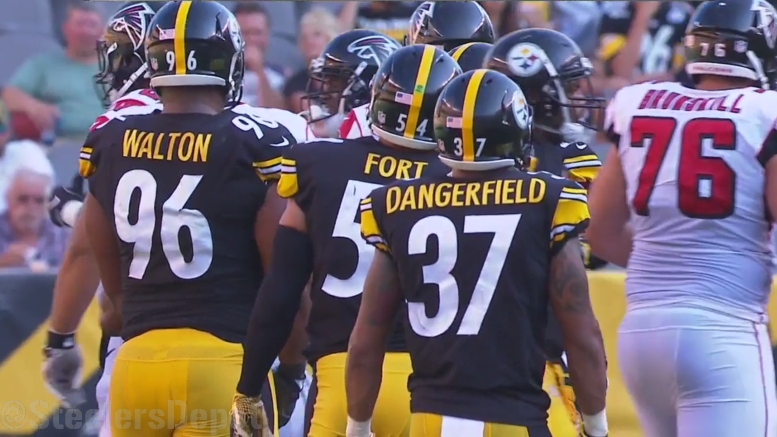 Jordan Dangerfield has been with the Pittsburgh Steelers, on and off, in some capacity going all the way back to 2014. L.J. Fort can nearly say the same, his tenure with the organization—and bouncing back and fourth between employment and unemployment, or practice squad and active roster—can be traced back to 2015.

Yet never before during that time had either one of them ever been meaningfully asked to be a regular contributor to the team’s defensive efforts by design until this season. Heading into the home stretch of the year, both Fort and Dangerfield now have niche packages in which they see the field simply because the team believes they are the ones on the roster best equipped for it.

Fort, originally an undrafted free agent signed by the Cleveland Browns all the way back in 2012, has become the Steelers’ dime linebacker—as opposed to dimebacker—the defense taking both Jon Bostic and Vince Williams off the field in such situations when they go to six-defensive back sets.

Beginning last week, we also saw a new adaptation to counter 22 or 13 personnel when offenses show only one receiver in which they replace cornerback Coty Sensabaugh with Dangerfield. After all, if there is only one receiver on the field, you should only need one cornerback. Coaches’ comments from this week have suggested that this is a look that they plan to continue to use for the time being.

Though always on the fringes of the roster, and often the 52nd or 53rd man, most vulnerable to being released at any time should a roster move become necessary, the two underdogs Fort and Dangerfield have come to bond over their shared experiences during their NFL journey.

“That’s my guy”, Dangerfield said of Fort”, for example, according to Chris Adamski. “We’ve grinded together”. Fort added, “it’s awesome to be able to prepare and gameplan and feel as if you’re a part of everything a lot more”.

Of course, the fact that either of them are seeing the field is a byproduct of the fact that the Steelers are not comfortable entirely in the players that they have in front of them. it’s safe to say that there wouldn’t be a spot available for Fort, for example, had Ryan Shazier not gotten injured. If they could have counted on Artie Burns and have a solid tackler at cornerback as has been their history, Dangerfield’s niche spot would also be unnecessary.

Given the current roster makeup, however, both of their new specialized roles not only make a lot of sense, but I think, make the team better. It doesn’t hurt that both Fort and Dangerfield are always players that I’ve appreciated as well.